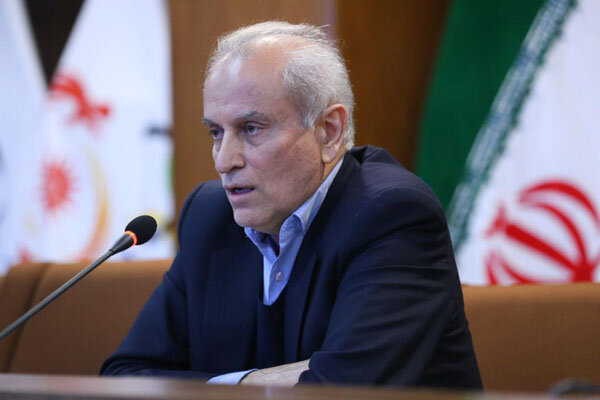 According to the Mehr correspondent, Nasrollah Sajjadi, advisor to the head of the National Olympic Committee and head of the Iranian sports convoy at the Tokyo Olympics, explained the latest situation of our country’s sports convoy in a meeting attended by Seyed Reza Salehi Amiri.

The Olympic Games are held

Emphasizing that according to reports received from Japanese officials, the Olympics will definitely be held if the world’s coronary conditions are the same, he explained the Japanese readiness to host the 2020 Olympics.

One hundred percent Japan ready for the Olympics
Sajjadi stressed that the organizers of the Tokyo Olympics presented a general report on the readiness of the village, transportation, competition venues, and the competition and nutrition program during the Muscat Summit. These reports showed their readiness. Japanese preparations for the Games are 100%.

Probability considered by the Olympic host
The head of the Iranian sports convoy pointed to the conditions of the games from the point of view of the host country and said: “Observance of health protocols is emphasized. Is.

The need to vaccinate all Tokyo travelers
Although Tokyo travelers are required to use the Corona vaccine, he explained: “It is stated that all participants in the Tokyo Olympics must take the Corona test 72 hours before leaving for Tokyo.” These people all need to be vaccinated. If the corona vaccine is available to the public by then, it is not black, and if these conditions are not available, it will be sent to the countries by the IOC and the host.

Conditions for the presence of spectators in the Olympics
Sajjadi also referred to the conditions for spectators at the 2020 Games: “The conclusion is that the Organizing Committee of the Games in Japan and the officials of the International Olympic Committee are determined to hold the Games.” In September, a working group from the IOC, with representatives from the World Health Organization, the Japanese government and the Games Organizing Committee, will even monitor issues around the world and Japan and send the necessary pieces of information to countries. All people who have an ID card will be tested during the games. Even for spectators, the capacity of the stadiums is expected to be one-fifth or one-tenth that full. At the same time, spectators are tested randomly.

Iran’s chances for two weightlifting quotas remain strong
He also said that according to the International Olympic Committee, all the points of the athletes to get the quota remain in force, referring to the conditions of Iranian weightlifters to get the quota and said: Iranian weightlifting in two weights can be a representative for the Olympics. One is in the joint weight of Sohrab Moradi and Kianoosh Rostami and the other is in another weight.

The task of holding the camps is not clear
In response to the question that the Tokyo program has been canceled due to the coronary conditions of the Tokyo program for teams to visit different cities in Japan and the formation of camps in cities other than Tokyo, Sajjadi said: