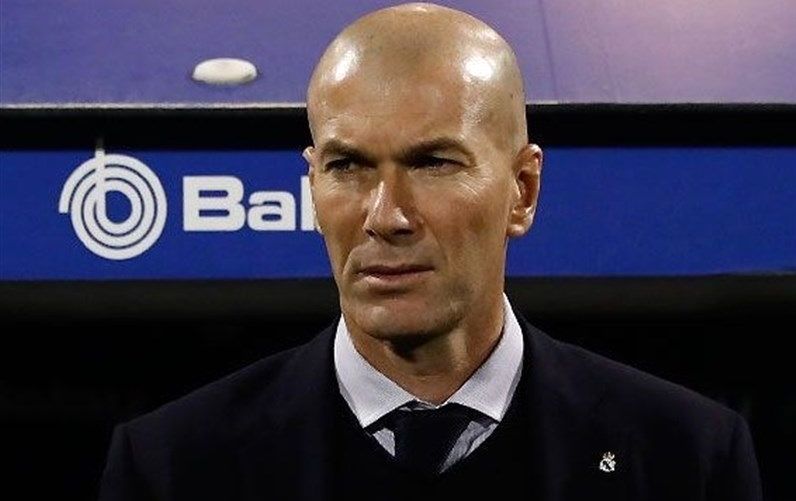 Real Madrid will host Eibar after a two-week break due to tonight’s national games in the 29th week of La Liga. From today until the next 12 days, Real Madrid will hold the most important matches of the season while the fate of Zidane’s team and the future of the galaxies will be determined.

In the La Liga standings, Atletico Madrid leads the league with 66 points, followed by Barcelona with 62 points and Real Madrid with 60 points. Real and Zidane know that in order to win the championship, they must win the next two matches against Eibar and Barcelona. If the El Clاسیsico match ends in favor of Messi’s team, Zidane and Real Madrid will no longer have a chance to win in Spain.

Zidane said in a press conference before the game against Ibar that Real Madrid has 15 finals ahead of them and today’s match (Ibar) is their most important final because it will determine the basis of their future. Today, after the match against Eibar, Real must prepare for Tuesday’s sensitive match in the Champions League against Liverpool, and then go to the home match with Barça in El Clاسیsico on Saturday and prepare for Liverpool again in the Champions League. . The next 12 days will be the most important days for Zidane’s team because it can show their status in the remaining 2 competitions and determine the task.

* Will Zidane stay in Madrid?

Many believe that Zidane will leave Madrid at the end of the season anyway, but some believe that Real Madrid will calm down only with this French coach and Real should make Zidane stay. On the other hand, Zidane’s current performance could determine his future, and if this person cannot win the cup this season, he may have to say goodbye to Madrid again. For this reason, the eyes of Real fans are focused on these days so that Zidane is not on the verge of being fired.

Real Madrid is already in trouble again and Zidane’s team has shown that it can come out proud every time it is in difficult days. Zidane claimed in a press conference that the Real team can now stand against Liverpool and Barcelona and even fight them without Ramos and injuries.

With Ramos injured, Real Madrid recorded their 50th injury of the season, which is a record of its kind. Real without Ramos has not done well in the Champions League at all, and this has caused fear in Madrid. On the other hand, Eden Hazard is not ready and it will not be clear whether this player will be in the main squad of Real against Liverpool or not. According to the Spanish media, he will not have a problem for Tuesday’s Champions League match, but on the other hand, Zidane is worried that he will injure the player again if Azard does not recover completely. Azard, who is not on the list of Zidane’s players in today’s match, but must be seen in the main squad for the match against Liverpool, or must watch his team play in the Champions League from the bench.

* Will Perez run for the presidency?

The last important point that can determine the managerial destiny and future prospects of the club is the holding of elections in Real Madrid. The next 12 days, Florentino Perez will officially announce whether the club’s presidential election will take place after Real Madrid’s return match against Liverpool in the return leg of the Champions League. In recent days, there have been rumors that, like Barcelona, ​​Real Madrid will hold its elections, and along with Perez, there are rumors that Bolda and Enrique Riquelme will run.

* Will Mbabane or Holland come to Real? Status of Ramos contract

Finally, the situation of Real Madrid in the next 12 days can determine the fate of next season’s acquisitions of the galaxies. With the success of Zidane’s team, it may be possible to guess whether Real can buy Mbabane, the Netherlands or other stars and whether Sergio Ramos’ contract will be extended. In the latest news published in the European media, it can be seen that Mbabane is longing to reach Zidane’s team, and this issue has caused him not to renew with Paris. The non-renewal with Saint-Germain caused the French giant to reduce the price of Mbabane so that the player could move to Real Madrid or another club in the summer.

Erling Holland is also under the scrutiny of all the powerful European teams and it remains to be seen which club can provide Dortmund ۰ 150 million and sign the Scandinavian striker.

Ramos’ contract has not happened to him as it has in the last few months, and it is unclear whether the captain will stay in Madrid. Real intend to extend the player’s contract on an annual basis by reducing his salary, but on the other hand, Ramos wants his contract to be closed for 2 years and his salary to be increased.