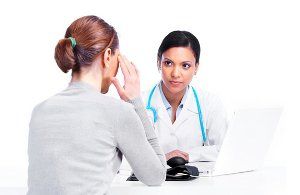 There are so many diseases that you need to take serious steps to avoid them. Here are 15 diseases that women should be careful not to get.

Women’s health is of great importance as one of the main pillars of the family. The occurrence of any kind of problem in their health causes irreparable psychological and physical damage to the rest of the family and endangers the health of the family in general.

Therefore, recognizing the diseases that threaten women is an effective step to prevent these diseases. In this article, we will introduce 15 common diseases among women so that by taking the necessary care, you can protect yourself against them and have a long and healthy life.

Cancer is the leading cause of death among women. Among cancers, lung and breast cancer are among the most common and deadly cancers for women. Therefore, it is necessary to prevent this dangerous disease by adopting a healthy lifestyle and performing the necessary examinations.

Although women are less likely to get these diseases than men, heart disease is still the second leading cause of death among women. Researchers believe that in addition to factors such as aging, low income, chronic stress and family history, other factors such as smoking, obesity, homelessness and inactivity and high blood pressure, which are unfortunately spreading among women, increase the risk of these diseases. It becomes.

Hypertension is a major cause of stroke and increases the risk of heart attack and kidney failure. Although older women are more prone to these problems, new statistics show that the number of women at risk for the disease and its complications is increasing.

Unfortunately, mood disorders and stress have become widespread among women. These disorders include depression, bipolar disorder, mania, or dysthymic disorders, which can seriously damage a person’s life and those around him or her. According to experts, depression has a negative effect on women’s work efficiency more than diseases such as arthritis, hypertension, bone diseases and diabetes.

About one in 10 women has endometriosis. Although the disease is not taken very seriously, it has made life bitter for many women. Endometriosis involves the growth of uterine tissue outside the uterine cavity and presents with painful menstruation or hemorrhage, cysts, and pain during intercourse.

Gallstones may block the bile duct, which carries stones to the liver and intestines. This problem is called biliary colic. When the gallbladder fails to clear itself, it becomes bulky and causes severe pain. It is three to four times more common in women than men and is one of the most important causes of their health problems.

Osteoporosis is defined as a decrease in bone density that manifests itself with age. The disease is attributed to hormonal changes that occur in postmenopausal women. Although osteoporosis affects men, it is still more common in women. Research on women over the age of 50 shows that, on average, one in two women suffers from osteoporotic fractures.

“Autoimmune” diseases are a group of diseases that affect the body’s immune system, so that the body unknowingly attacks its organs and causes tissue damage. Unfortunately, there are more than 80 types of chronic autoimmune diseases such as type 1 diabetes and multiple sclerosis (MS), some of which are more common in women.

Inflammation of the bladder (cystitis)

Women are more likely than men to get urinary tract infections because they have shorter urethra than men. This also makes it easier for bacteria to enter the bladder. In North America, 20 to 40 percent of women are said to have experienced bladder inflammation at least once. According to experts, most women experience this problem many times during their lives, and about 2 to 3% of women get a urinary tract infection or inflammation of the bladder every year.

Circulatory problems affect a wide range of women and are more common among pregnant women. These disorders are not just about weight gain; Hormonal changes caused by changes in progesterone, increased blood volume, and increased pressure in the arteries of the lower torso are also involved. Common symptoms include swelling of the legs, varicose veins, and, of course, more serious problems such as stroke.

Thyroid disorders occur with hypothyroidism or hyperthyroidism. These disorders are more common in women than men, and unfortunately they are more likely to develop thyroid cancer. Therefore, women need to pay more attention to thyroid health.

Stroke is the leading cause of death among women. One in three women dies from the condition. This high statistic is related to the fundamental social changes in which the lifestyle and living conditions of women have undergone many changes and the amount of stress has been more on them than before. In countries like Canada and North America, women are more likely than men to have a stroke.

Arthritis is twice as common in women as in men. More precisely, 50% of women aged sixty-five and older suffer from this disease. According to experts, women can reduce the pain caused by this disease and improve their lifestyle by doing regular physical activities throughout their lives.

Diabetes is one of the most common health problems among women. Experts have concluded that women’s income and the prevalence of obesity among them are factors in the prevalence of diabetes. It affects the quality of life and can cause problems such as heart disease, stroke and kidney disease.