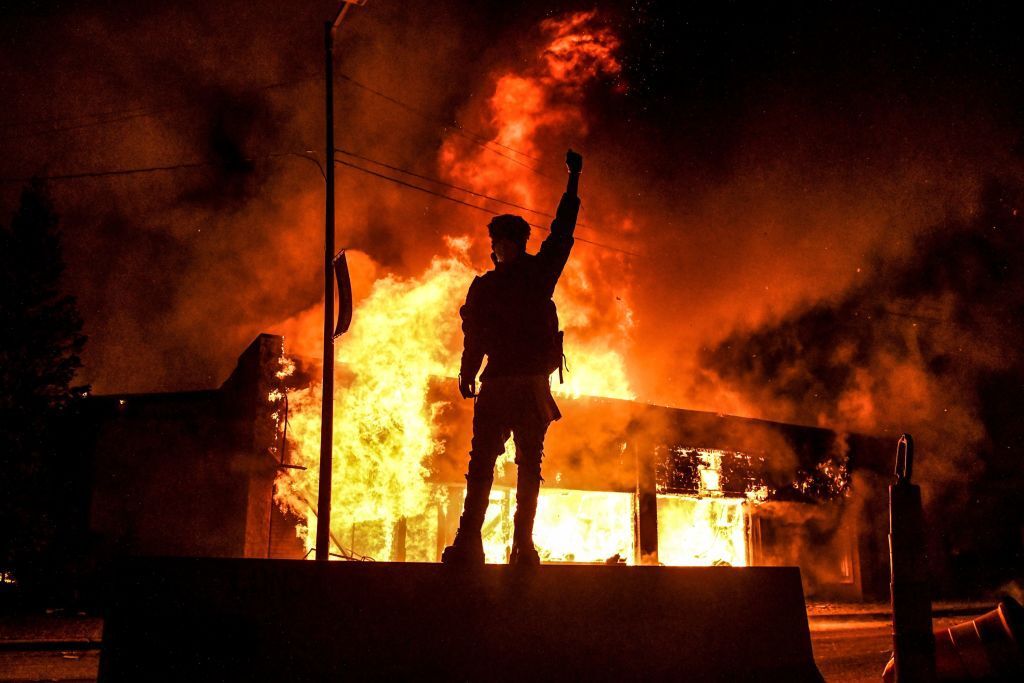 Although some of the protests concerned familiar issues such as democratic freedoms, women’s rights and racial justice, others were linked to new causes, including the outbreak of the Corona virus and popular outrage over forced quarantines, France 24 reported. Getting a mask is one of them.

In an effort to contain the first wave of the Covid-19 outbreak in 2020, various countries resorted to severe quarantine, social distancing, and forced masking. At the same time, various governments were forced to face the wrath of opposition groups with these strategies.

In Europe, Germany became the focus of the anti-quarantine movement, bringing protest rallies in the country, young and old, right-wing extremists, Covid-19 suspects and conspiracy theorists.

On Saturday, August 29, widespread protests, some of which turned violent, spread across Europe.

About 2,000 people protested against the Crohn’s restrictions in Berlin, and 10,000 people gathered in London to call the epidemic a hoax.

In Paris, anti-mask rallies took place and several hundred people took to the streets, but the cities of Brussels, Dublin, Madrid, Rome, Rotterdam and Zurich were the scene of wider protests, and even in Italy where Covid – 19 There were many casualties, protest rallies were held.

Protesters wearing masks accused governments of instilling fear in the people, claiming that there was no scientific justification for forcing the use of masks.

The assassination of George Floyd, a black American citizen, by white police on May 25 (June 5) sparked a wave of anger and racist protests in the United States and around the world.

Floyd’s last words, “I can not breathe,” became a sign of anti-racist protests.

This was not the first time a black man had been killed by US police and begged to breathe.

The slogan “I can not breathe” has been used in opposition to racism since 2014, when Eric Garner, a man who repeated the words to get rid of the US police officer, died.

These and other events, a movement called the Life of Black Americans, brought the hashtag #BLM to life.

Across the United States, more than 4,700 black and white protest rallies were held in anger over Floyd’s assassination.

Anger at police brutality also spread to the streets of Paris, where Floyd’s death shed new light on the murder of Adama Traore, a 24-year-old black man who was killed by French police in 2016.

In June, more than 10,000 people gathered in Paris, and similar rallies were held in Marseille, Lyon and Lille, France.

On the other side, people took to the streets in Sydney and Melbourne, Australia to protest the deaths of Indigenous people in police custody.

Protests in Belarus against Lukashenko

Following the re-election of Alexander Lukashenko in the presidential election in Belarus, widespread protests erupted across the country, with women in large numbers.

Belarusian opposition groups and their supporters have called for Lukashenko to resign, calling the election fraudulent.

Despite EU sanctions and international calls from Belarus for democracy, little has changed.

More than 30,000 people are said to have been detained since the beginning of the protests in Belarus.

The publication of derogatory anti-Islamic cartoons in France and the condemnation of Islamic extremism by French President Emmanuel Macron in October raised the voice of Muslim protest.

Samuel Petty was a teacher who showed students insulting cartoons of the Holy Prophet (PBUH) in the classroom, which led to his assassination by a Chechen Islamist. Macron also referred to Petty as the hero and said that he reserves the right to publish the cartoon.

Demonstrations in Pakistan, Lebanon, the Palestinian territories, Afghanistan and other parts of the Islamic world set Macron puppets and the French flag on fire.

For almost two weeks in October, thousands of angry Nigerian youths called for an end to police violence and human rights abuses by dismantling one of the country’s most notorious police stations.

The unit, called the Special Anti-Theft Squad, was set up in Lagos in 1992 to fight armed criminals, but was later charged with serious human rights abuses, and victims claimed that officers were routinely involved in extrajudicial killings and disappearances. They commit coercion, torture and kidnapping.

Protests against the squad’s performance began in 2017, but with the launch of the hashtag #EndSARS on social media, it gained widespread support and spread to 21 cities across Nigeria.

According to Amnesty International, the squad is not the only cause of concern in Nigeria, but the Nigerian police are also responsible for hundreds of extrajudicial killings and disappearances.

Although many countries have fought for abortion rights, there was opposition in Poland in October this year, when a Supreme Court ruled that abortion was illegal and one of the few legal reasons for abortion. The fetus in this country completely eliminated Catholicism.

Tens of thousands of men and women took to the streets to oppose the changes, as well as to disobey by restricting rallies to prevent the spread of the corona.

The anti-abortion protests in Poland were the largest in decades without a solidarity movement since the collapse of the Soviet Union in the 1980s.

Although a final court ruling has not yet been issued in Poland, women in Argentina have won, with lawmakers backing an abortion bill that must be submitted to the Senate for final approval.

Immediately after the US presidential election on November 3, it became clear that the election would be contested in the ballot box and on the streets.

Supporters of Republican nominee Donald Trump rallied in front of polling stations in several cities, demanding a halt to the vote count and stealing votes, while supporters of Democratic nominee Joe Biden called for a count.

On November 14, post-election protests culminated. Thousands of Trump supporters and opponents clashed during a rally just a few blocks from the White House, and riot police used tear gas to disperse the crowd.

The president refused to concede defeat, even though the Electoral College finalized Biden’s victory on December 14.

Widespread protests in France over opposition to the Comprehensive Security Bill

The passage of a new security law in France, which restricts the right to publish police images in cyberspace, sparked widespread protests in Paris and other cities.

Violators will be sentenced to one year in prison and fined $ 53,000.

The French government said the plan was intended to protect the police from retaliation. But critics warned that the plan would reduce the right to document police harassment and prevent journalists from reporting on police actions, especially at rallies.

Reporters Without Borders, Amnesty International’s French branch and the Journalists’ Union called for the plan to be scrapped.