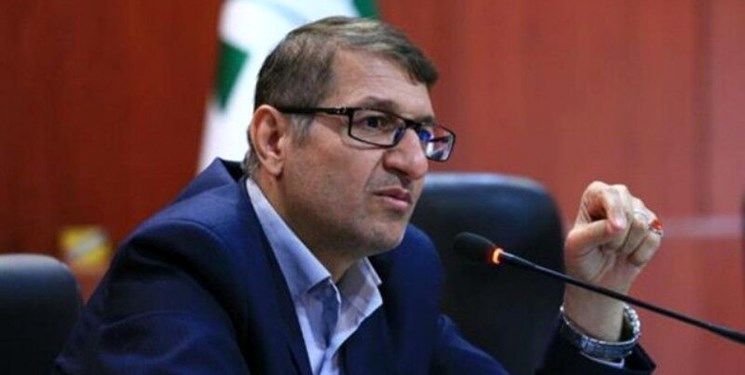 According to Borna; The talk of creating a dust hub in the north of the country is so serious that there was even a debate in the open court of the parliament, and some believed that the cities of Golestan province would soon be affected by the drying up of Gorgan Bay. Concerns that existed in the past about Lake Urmia.

There is always the possibility of dust

Ali Mohammad Tahmasebi, head of the National Working Group on Dust Control, told a Borna News Agency reporter in this regard: “The dust center of the country has been identified and there is always the possibility of dust.” During the last three years, good measures have been taken in this direction in Sistan and Baluchestan and Khuzestan, and for this reason, following the improvement of the weather situation in this province, the incidence of dust has been greatly reduced.

He added: Regarding Gorgan Bay, it should be said that the weather in Golestan is such that Gomishan, Aq Qala and Gonbad Kavous have been affected by dust to a small extent these days, and according to the source of dust in these cities of Golestan province, It originates abroad and from Turkmenistan.

Kordkoy and Gorgan are not affected

The official at the Environmental Protection Agency noted: “This dust does not affect cities such as Gorgan and Kordkoy, and some should not have spoken about it without knowing it.” There is danger in Gorgan Bay, but the threat is not serious.

Tahmasebi stated: “Our serious concern was about Lake Urmia, which with the measures taken, all the danger has been removed and calm is established in the provinces of East and West Azerbaijan, and dusty areas, which are close to 10,000 hectares, are no longer a danger today.” It does not threaten them.

The head of the National Working Group on Dust Control continued: In the cities of Ajabshir, Bonab, Urmia and Miandoab, very extensive measures were taken and the situation in this area returned to normal and the dust center disappeared.

34.6 million hectares of land today are the source of dust

The official in the Environmental Protection Organization acknowledged: During one year, these lands produce 4 million and 200 thousand tons of dust in the country. Today, large cities such as Zabol, Bam, Regan, Jask, Ahvaz, Isfahan, Semnan, Yazd, Ghaen and Sarbisheh of South Khorasan are facing a serious risk of dust and has had many negative effects on these cities and are a priority. Because urban life is disrupted by dust in these cities.

Regarding international assistance in controlling dust centers in the country, Tahmasebi said: “Our country has the ability to control these centers, but steps have been taken for joint international cooperation.” Today, dust enters the country from all directions and university capacities will be used in this regard.

The head of the National Working Group on Dust Control pointed out: The first country that was the source of the incoming dust is Iraq, followed by Syria and Saudi Arabia, which have the most negative impact on the country. Afghanistan, Turkmenistan, the United Arab Emirates and Pakistan are next, with more dust coming from Iran. Today, cities such as Sarakhs and the provinces of Khorasan Razavi and Golestan are affected by the dust of Turkmenistan, and cooperation has begun with these countries to control dust centers.