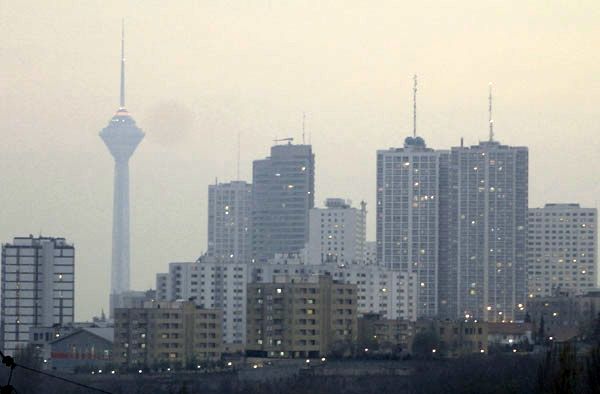 According to Eqtesadonline, quoted by ISNA, Tehranians have been breathing 53 days of acceptable air and 37 days of unhealthy air for sensitive groups since the beginning of autumn, due to an increase in the concentration of suspended particles less than 2.5 microns. The air in Tehran was polluted for 37 days during the autumn, during which the share of December in air pollution was reported to be 19 days, which means that December was the most polluted month of autumn this year.

Statistics show that the air quality in Tehran during the fall of last year was more or less similar to this year with a percentage difference. During the fall of 1998, Tehran had 58 days of acceptable weather and 32 days of polluted air, of which the share of unhealthy air for sensitive groups was 29 days and the share of unhealthy air for all was three days.

According to this report, the most important cause of air pollution in the cold months of the year is an increase in the concentration of particulate matter less than 2.5 microns. According to the latest publication list of Tehran, the share of moving sources such as taxis, private cars, buses, etc. in the production of particulate matter is 60%, among which diesel cars have the most important role. Suspended particles are one of the most dangerous pollutants in the air and can aggravate heart and lung disease and cause heart attacks and asthma in the long run.

The information of Tehran Air Quality Control Company shows that during the fall of 1997, the air quality was in very good condition compared to the last five years. During this period, the weather was seven days in clean conditions, 68 days in acceptable conditions and only 15 days in unhealthy conditions for sensitive groups.

In the fall of 1996, air quality was in good condition for 47 days, of which the share of clean air was three days and the share of acceptable air was 44 days. The air quality in Tehran during this period was 39 days in unhealthy conditions for sensitive groups and four days in unhealthy conditions for all individuals due to the increase in the concentration of suspended particles.

According to an article published by Sharif University on particulate matter, contact with these particles, especially particulate matter less than 2.5 microns in size, can cause damage to the body’s cardiovascular system, heart attacks and strokes. These effects also increase the number of hospitalizations, increase the number of hospitalizations, and in some cases, premature death. On the other hand, contact with suspended particles also affects the respiratory system and exacerbates asthma attacks.

In this article, it is pointed out that in addition to the adverse effects on human health, particulate matter also has environmental effects. These particles can cause severe vision loss in areas such as natural parks and desert areas. Suspended particles can also be carried with the wind over long distances and deposited on water and soil.

Tehran Air Quality Control Company reported that in the fall of 1995, air quality was polluted for 30 days due to an increase in the concentration of particulate matter less than 2.5 microns.