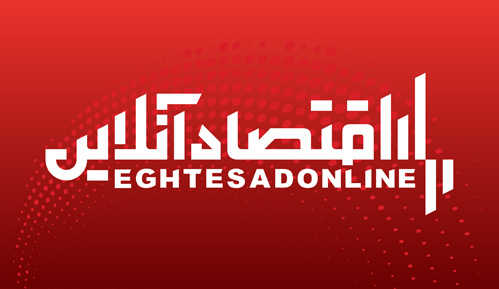 According to the researchers, “the criterion for inclusion in the study is also the belonging of young people to the lower class.” After conducting interviews and analyzing related questionnaires, this study tried to look at inflation as a “structural phenomenon” for the “level of actions and attitudes” and finally states that “inflation has created a sense of ambiguity and abnormality in the daily lives of interviewees.” . » A report by the Statistics Center of Iran shows that the country’s overall inflation rate reached 37.6 percent at the end of last year. However, the The inflation rate Point to point, ie November 1999 compared to November 1998, has increased to about 47 percent. A large number that puts Iran among the top 5 countries with the highest inflation in the world and shows signs of economic instability, currency fluctuations and the sick structure of Iran’s economy. Economists believe that increasing inflation fluctuations will reduce the power of forecasting and distrust of the future. An important feature of inflation from 2005 onwards is its instability and high fluctuations compared to stable and smooth inflation of the previous period. Inflation is one of the indicators that is directly tangible for people in society and is directly related to the level of welfare of people and the activities of economic actors. In fact, inflation is more than an economic problem that has penetrated into social and political structures and affects almost all social and economic phenomena. This issue has been the main subject of research of these two sociologists from Yazd University and they have stated in their research that inflation has caused 7 adverse effects on the life of this “model community” to remain. According to these researchers, inflation has caused “crisis of motivation”, “thirst for money”, “rolling in ambiguity and daily life”, “normalization”, “contentment” and “interactive anomalies” and “premature adulthood”.

According to participants from their mental experience, repeated inflation makes them feel insecure and unstable and makes it difficult to think about the future. Living in such a situation leads to the formation of a mental anomie or anomic mentality. Circumstances in which there is no set norm for program-based work and activity, and one gradually accepts mentally that one can not count on anything, nothing is predictable, and one has to live a good life in any direction. Such a mindset has important implications for society and the economy. The authors of this study, quoting Amir Ali (28 years old, who works 16 hours a day in two shifts), stated: “In my opinion, there is no way. There is nothing that can be done. I collected money for two years, went to military service and returned to go abroad. The swelling was so high that it was as if I had come out of a cave. My money no longer hurts. Whatever I do, there is still nothing I want to save …. There is no room for maneuver. The motivation has dried up in our generation. There is no hope, nothing, nothing. Inflation has taken away all my dreams and I lost everything I had. “Inflation has really destroyed me.”

“Money, money and money are the only words that young people used to say in interviews,” the report said. The only word that seems to have become the queen of young people’s minds, and their only purpose and desire revolves around it. “The idea that getting money means getting what you want.” According to them, in the face of inflation, on the one hand, money becomes the dominant value and, on the other hand, it becomes difficult to achieve, especially for the poor. These conditions are exacerbated by interclass interactions. The experience of inflation for the upper classes seems to be an apparent increase in wealth. At the same time, the novice class rises.

Participants in this study understand their living conditions in ambiguity and everyday life; The ambiguity that has arisen due to the impossibility of planning and predicting tomorrow; For this reason, they focus on meeting immediate and daily needs. Arsalan (21 years old, single and salesman) says: “I used to be able to go out with my friends, go shopping for myself; But now so much Purchasing powerI can no longer afford to pay rent and help with the house. I can no longer count my money and I can spend according to my account; Because nothing is known. The money I saved seems to be nothing. I wanted to buy a phone, I collected it, the price of the phone multiplied; “I could not buy it.”

The authors of the report state that those born in the 1970s, having experienced at least two waves of inflation in the late 1980s and mid-1990s, have lost their sensitivity to inflation and inflation. This generation sees inflation and inflation as commonplace and has become an integral part of their society. Being born in the face of inflation and experiencing multiple waves of inflation has made them take it for granted and live with it. Young people experience a kind of metamorphosis by being in this situation; This means that these conditions and prices are normal and there is no choice but to be indifferent. They try to cope with the situation and get used to it, and continue to live in this situation without being surprised by price fluctuations.

Researchers also point out that rising prices and unpredictable fluctuations have sometimes led to young people contributing to household spending. Young people try to cover part of their family expenses while facing their personal lives. The situation is more difficult for young people who have sick or elderly parents. In order to fulfill this responsibility, they inevitably give up their youthful desires in order to be able to take the burden off their parents.

Young people are giving up all unnecessary expenses to live in inflation. Spills and waste have been stopped and people are buying as much as they need.

According to participants, mutual support between families has decreased and trust and intimacy between family members and relatives have diminished. Even neighborhood relations are not the same as in the past and have become much more limited. According to the young participants in this study, parents are no longer able to support their children as in the past, intimacy and family conversations have diminished, and the relationship between life and happiness and love has diminished, and when families are together, there is controversy. Finance is very dominant.

According to the findings of this study, the researchers say: “Inflation, inflation, recession and Economic instability, Has profound effects on the individual and cultural aspects of the young generation and can affect the cultural values ​​of development in the young generation. “Relieving the pressures and inevitable problems of inflation requires that economic and political policymakers and planners provide well-planned care systems in times of crisis and economic instability.”