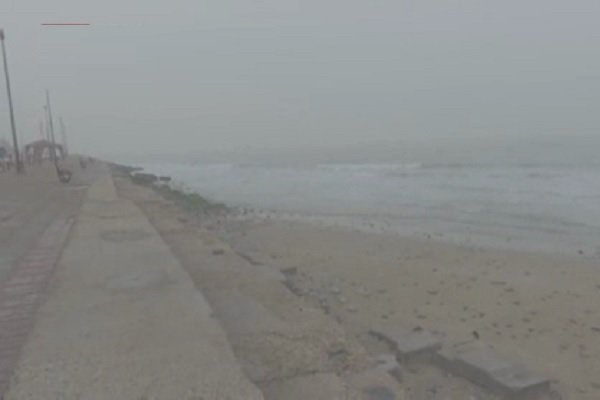 According to the Mehr reporter, Farhad Sarkhosh in Webinar Specializing in methods of collecting wastewater, unconventional waters and effluents in order to rehabilitate Lake Urmia, added: It was considered windy.

He continued: “In addition to the specialized measures of the Rehabilitation Headquarters in controlling the critical points of fine dust, a 50% increase in the area of ​​Lake Urmia and an eightfold increase in its water caused many lands prone to wind erosion to return to normal and white.”

Sarkhosh emphasized: with the implementation of huge plans to deal with salt dust, 90% of the centers of dust formation have been controlled and the concerns on the shores of Lake Urmia have been resolved, which in the coming years these concerns will become less and less.

Sarkhosh further stated that with the completion of the Urmia wastewater network and treatment plant, a large part of the environmental problems of the region, especially Lake Urmia, will be solved, adding: This year, the entire Urmia water treatment plant project, wastewater transmission line, 2 Module And ancillary buildings will be put into operation, which with the opening of this project, 52 million cubic meters of treated wastewater will be directed directly to the lake.

The provincial director of the Urmia Lake Rehabilitation Headquarters pointed out: Since 1393, non-observance of the right آبه Lake Urmia, lack of water management, non-diversion of runoff to Lake Urmia and also the lack of necessary infrastructure, the level of the lake was reduced by about 40 cm per year.

He reminded: with the implementation of national projects to save Lake Urmia, including construction سردهنه ها And Dyke های Protection and dredging of rivers, and correction of the negative slope caused by floods, the distribution of runoff is followed and runoff flows to Lake Urmia with minimal waste.

The provincial director of Urmia Lake Rehabilitation Headquarters, stating that the area of ​​the lake has now reached more than 2,785 square kilometers, said: “This amount has increased by more than one hundred percent compared to the lowest volume recorded in 1993.”

Sarkhosh stated that the level of Lake Urmia has reached 1,271 meters and 24 centimeters. He said: The government’s actions since 1993 in reviving the blue gem of Azerbaijan have caused its level to increase by more than one meter and 20 centimeters compared to the minimum recorded level. Find.

Regarding the amount of water in Lake Urmia, he said: “The volume of water in Negin Abi, Azerbaijan, has exceeded 3 billion and 260 million cubic meters, which has increased more than 5 times compared to 1394 and before the start of practical measures of the Rehabilitation Headquarters.”

He said that Lake Urmia is a closed basin and the rate of water evaporation in the summer will reduce its level, he said: water transfer projects to Lake Urmia to compensate for the rate of evaporation of the lake and its annual level is expected to increase by about one meter Find.