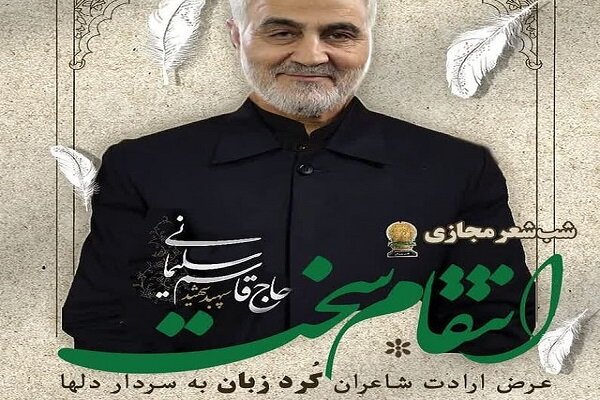 Mohammad Muslim Moghaddasi stated in an interview with Mehr reporter this afternoon: The Congress of Poet Revenge Poetry is being held in seven living languages ​​of the world in the country, among which the sweet Kurdish language is among them.

He added: “The remarkable point in this congress is that for the first time, the Kurdish language has been in a cohesive service to the Ahl al-Bayt and the ideals of the revolution.”

The Kurdish Poetry Secretary of the Hard Revenge Poetry Congress stated: The night of hard revenge poetry can be erased with the themes of defending the oppressed, arrogance, falsehood, epic and self-sacrifice, and Haj Qasem Soleimani for 2 nights.

Moghaddasi stated: This night of poetry will be broadcast live on Tuesdays and Wednesdays (January 9 and 10) from 20:30 on the Instagram page at mohamad_moslem_moghadasi @ with the presence of Kurdish poets.