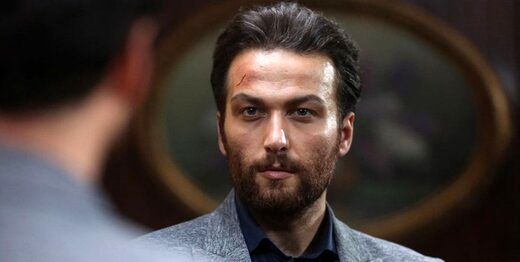 With Milad Mirzaei We talked about his entry into acting, the differences between the two roles of Hesam and Amir Ali, and his concerns for the future of his career.

** You stuttered as a child and that’s why you came to acting?

– No, I did not come to acting because of stuttering, but this was also a good driving force for my desire to play. I had heard them say in Theater They do exercises that are good for expression, and I practiced 17 hours a day, and very soon my stuttering got better. These exercises made me go to the radio and take a test and become the first person to start speaking on the radio. Maybe I have been a radio announcer for more than a decade and I do not work in this field these days because of acting.

** In the series “He is a stranger to me”, you play the role of Amir Ali. A role that, despite being central, has a short presence in the story.

– I have wanted to work with Mr. Amini for a long time and he is very selective. When they offered to work with me and I read the script, I really liked it and we started working. The early days of filming also began with Amir Ali sequences. It felt good to be working from the beginning of the project until you were added from the middle and even the end of the work. Collaborate with good actors and make a name for themselves in this Serial Are present including the deceased Parviz Pourhosseini We had good memories.

** Tell us about your presence in the series Shame. There, you play the role of Hesam, who, unlike Amir Ali, was added to the story.

– Hessam’s role was an attractive role for me and I saw that I could give human messages to my audience by attending this role. Apart from the fact that Hesam was very far from me and I lost 14 kilos to reach this role, and I do not know that anyone will find it so difficult to play in a series.

** Why did you have to lose weight?

-Because Hussam has a past and a present and we wanted to make a difference in his physical appearance. I had difficult conditions and I did diet and heavy exercise and fortunately it worked.

** How were your suggestions after playing in these two series?

I had many suggestions, but I have to work right and selectively. That’s why I didn’t hurry.