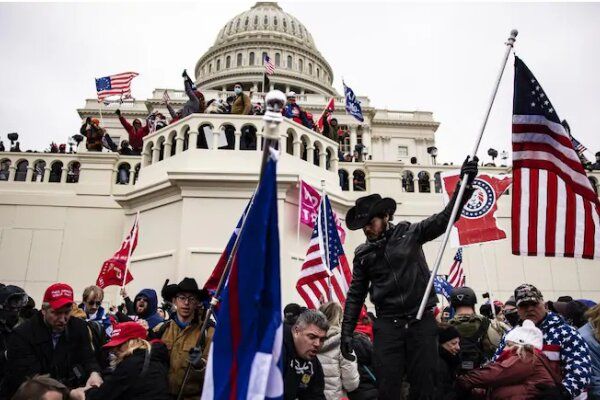 A jury in the US federal court on Friday acquitted four supporters of former US President Donald Trump, Sputnik reported.

A US federal jury has convicted four members of the “Pride Boys” group who support Donald Trump of plotting to block the US Congress.

According to the indictment issued by the federal court, all four are members of this group.

They are accused of inciting members of the group to attack the US Congress.

The Washington Post had previously reported that US federal authorities had arrested two women on charges related to the events of January 6, 2021.

According to the Washington Post, one of the men planned to shoot Nancy Pelosi, the speaker of the US House of Representatives, during the January 6 attack.

On January 12, AFBI found a video of Don Bancroft and Diana Santos Smith leaving the congressional building, the newspaper reported. Following the video, police were able to identify and arrest the women.

According to the AFBI, Don Bancroft said in a video he sent to his children: “We attacked Capital Hill… we went in, we did our job… we were looking for Nancy (Pelosi) to shoot her in the head” But we did not find him.

Meanwhile, Trump’s second trial for inciting an attack on Congress on January 6 ended unsuccessfully with the sabotage of Republicans.