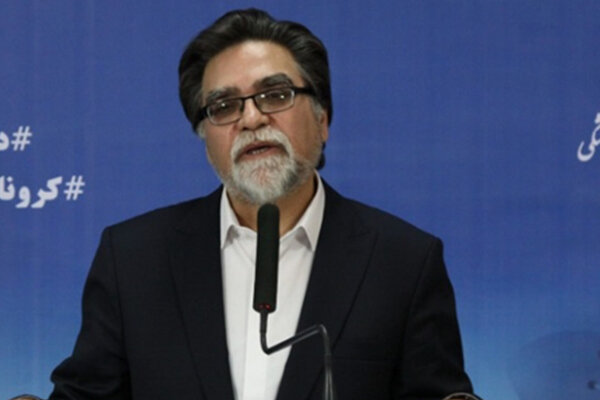 According to the Mehr news agency, Mohammad Asaei, in a special news talk show on Do Sima TV that aired last night, said: “With the implementation of Shahid Soleimani’s plan from the 2nd of Azar with the cooperation of the people, Basij, IRGC and other organizations, میر And we see the infection and we thank the people for following the health procedures.

Asai said: “At the beginning of the project, we had 475 feet, which was supposed to decrease by 10 percent in the first month and 30 percent in the third month, but today the number of deaths and میر Due to Corona, it has decreased by 60% and the number of new cases has increased from 13,000 to 7,000.

He said: 17 million people live in the provinces of Tehran and Alborz, and the population on the outskirts of the cities of these provinces and the state of public transportation is worrying and could be the source of the outbreak of the disease.

Asaei added: With the implementation of Shahid Soleimani project in Tehran, the number of 5,830 hospitalizations has been reduced to 2,700 and the number of deaths has reached one third.

Adviser to the Minister of Health said: “A month ago, 270 people lost their lives every day in Tehran due to Corona, which has now been reduced to 70 feet.”

Asai said: 145 people were hospitalized in Karaj a month ago, but today this number has decreased to 61 people.

Adviser to the Minister of Health added: the number of deaths has increased from 23 per day to two on Saturday.

He said: the number of outpatients in Karaj has increased from 332 to 117.

Asai added: “We do not have such a problem in small cities and our main problem is in metropolises.”

Adviser to the Minister of Health said: Corona should not be hidden, because it spreads the disease.

He added: “The corona virus transmission chain has not been cut yet and there is an infection until the chain is broken.

“Education is the most important issue to fight coronary heart disease,” Asai said.