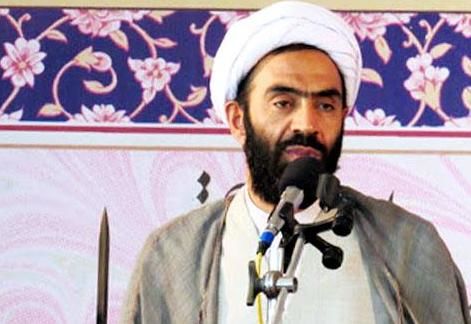 Hojjatoleslam Mohammad Taghi Naqdali, Khomeini Shahr’s representative in the Islamic Consultative Assembly, stated: “Zam” was a puppet in the hands of the global arrogance and the enemies of the Islamic system against the Iranian people, while معاندین They were hiding behind me.

** Theorem infiltrate It is serious

He added: “Disease agents that had infiltrated the devices, especially in recent years, were able to abuse the capacity of Zam-e-Amnews and inflict blows on the Islamic Republic.”

Khomeini Shahr’s representative in the Islamic Consultative Assembly stated: “Zam’s execution and arrest showed the strategic depth of the Islamic Republic that the enemies of Iran, wherever they are, cannot escape the clutches of justice.”

Naqd Ali stated: We should learn from things like Zam and learn that the issue of influence is serious. At the same time, the Supreme Leader has repeatedly stressed the need to counter the enemy’s influence; We should know that Zam was one person, but we should see Aqaba Zam and deal with them.

He added: Who are the cultivators? We are waiting to see the judiciary and my liaisons arrested.

** They must arrest the intruders and intermediaries of Amnnews

Khomeini Shahr’s representative in the Islamic Consultative Assembly stated: “Some infiltrators tried to publish hot news online from the country’s sensitive centers on the Amnnews channel by providing information from various devices, but this question remains in the minds of Hezbollah and the people.” Existence of timely execution instead of Zam, which dealt a fatal blow to the dissidents, the task of the intermediaries who transmitted the news to Zam from within, and those who raised Zam to be clarified and arrested.

Naqdali said: ‌ The intermediaries who raised elements such as Zam or Masih Alinejad with the money of the treasury to stand against the system must be identified. However, there are still these elements of corruption that must be identified by the intelligence and security apparatus and their management system before it can be exploited by arrogance.

He added: “Westerners have double standards against terrorism and human rights; That is, they do not tolerate the same issues and issues that exist within their systems and are expressed by some critics, and if anyone acts against their security, they will deal with it severely, which I can refer to the Saturdays of the revolution in France; In the French protests, we see that the police are dealing severely with the protesters who have legitimate demands.

Khomeini Shahr’s representative in the Islamic Consultative Assembly stated: “If someone acts against the national security of Western countries, he will definitely be dealt with severely and will even go as far as his execution.”

Naqdali added: “US and European support for Zam and expressing concern over the execution of this terrorist element is not due to the protection of human rights, but they create special communication spaces wherever they see it with media propaganda and hooliganism in order to take action against the Islamic Republic.” And they have nothing to do with the actions of the Islamic Republic in dealing decisively with the terrorists and the destroyers of national security, and only their interests are important to them.