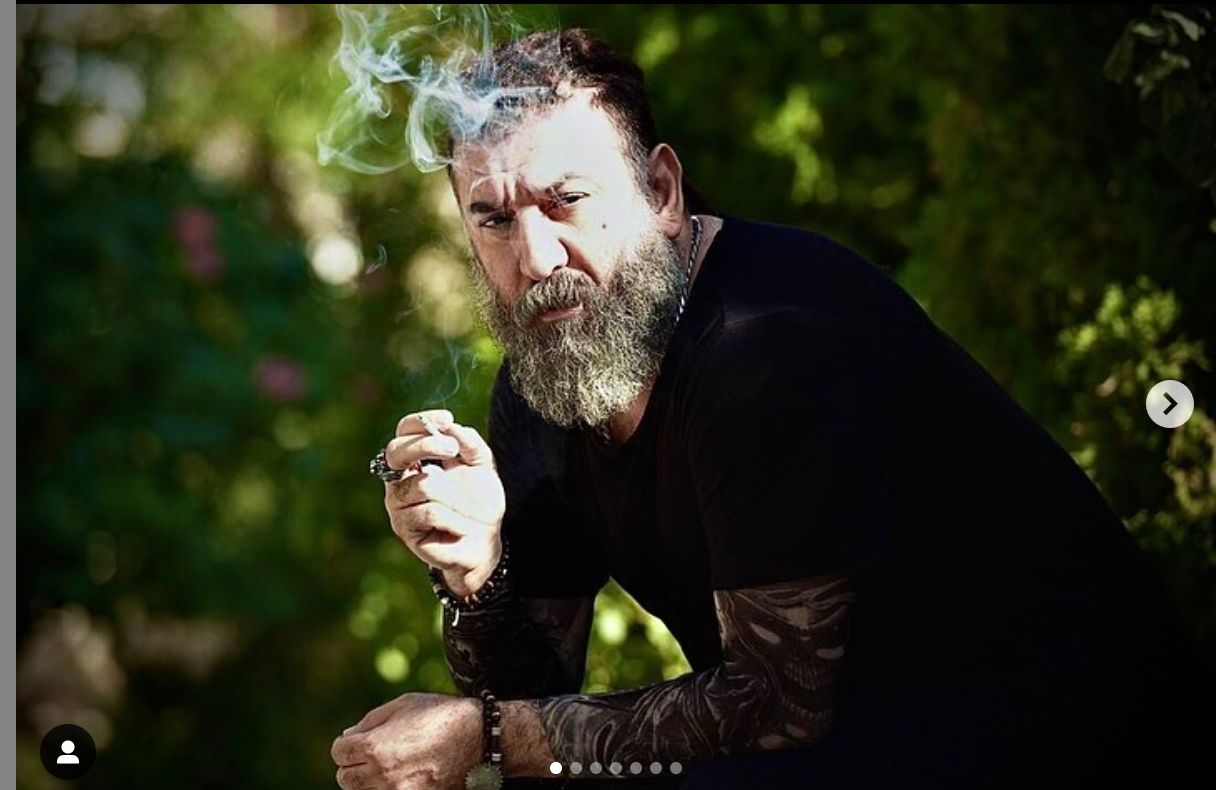 Ali Ansarian was first a football player, then a singer, and then entered the acting, production and even directing professions. Ali Ansarian had 6 national games in his record. Ali Ansarian recently died in hospital due to coronary heart disease. Ali Ansarian experienced all three popular professions in Iran. Hear the groom’s grievances Ali Ansarian Due to the lack of attention of the officials.

Today was the 40th anniversary of Ali Ansarian. Ali Ansarian’s mother lost consciousness during the ceremony and was taken to a clinic.

What is the only wish of Ali Ansarian’s mother?

The living tombstone of Ali Ansarian has been prepared.

Asieh Asadzadeh has claimed on her Instagram page that she is the wife of Ali Ansarian.

My eternal love, all of me, forever and ever …

It reaches the hair but … but this time it was torn

Until today, my body was on the ground like you and my soul was in the sky. I feel like my soul has split in two and you have taken half of my soul with you forever. We experienced dark days like bright days together again. We loved each other for five years and you will live in my heart until the last moment of my life. The last kiss, the last look, the last word, the last sound, the last laugh, the last message, the last meeting, the last wait and the last farewell on earth, in your mind and My body, soul and spirit will remain. My love, all the dreams and aspirations that we have made together in these five years will be realized in another time and place, you just have to wait a little while for me to become heavenly. I do not want a life where Ali does not breathe. From the bottom of my heart, I ask God to take me to my only wish to be with you again. In your own words (I know one), thank you for being by my side during the difficult moments and for not leaving me alone.

Asieh Asadzadeh spent a lot of time in the field of cinema and television in 1396 and has played an important role. Asieh Asadzadeh’s important work this year is acting in the film Taqbaz directed by Shahram Asadzadeh.

Perhaps one of the most important parts of Asieh Asadzadeh’s biography has been playing in the movie Taqbaz. Asieh Asadzadeh started her career in cinema and in 1396, Taqbaz played an important role that she was able to present that role and also herself among the cinema audience with her skill. He has collaborated with Shahram Asadzadeh in this film. Asieh Asadzadeh was able to gain a successful acting experience by starring in the film Taqbaz and working with actors such as Mehdi Mahani, Sara Khoeiniha, Afshin Sangchap and Shahriyar Heidari added to her experiences.

The living mother of Yad Ali Ansarian thanked all the people

The summary of Ali Ansarian’s biography is as follows:

Ali Ansarian started playing football professionally in 1996 from the Fajrspasi football team and then joined the Persepolis team in 1998. In 2006, he joined Esteghlal Tehran from Persepolis Tehran and played only one season in this team. He has played for other teams such as Tabriz Municipality Football Club, Saipa, Esteghlal Ahvaz, Shahin Bushehr, Steel Azin and Foolad. Ali Ansarian said goodbye to the world of professional football as a player in 2011 at the age of 34 in the Shahin Bushehr team.

He was born in a small family and loves his parents very much. At home, unlike outside, he is very obedient and submissive. He is an obedient and calm son to his mother and a kind and compassionate brother to his siblings.

The beginning of Ali Ansarian’s acting

As a guest actor, he has played short roles in several TV series, such as the series “Under the City Sky”, the film “Reward of Silence”, and the series “Charkhooneh”. Ansarian officially entered acting in 2014, when he joined Leila Otadi as an actor and producer of the film Klaf, and is now one of the most successful figures in this field.

Ali Ansarian was single and did not get married and died a few minutes ago due to coronary heart disease.

The worst (one part)

Under the City Sky (two parts)

The buds of dawn