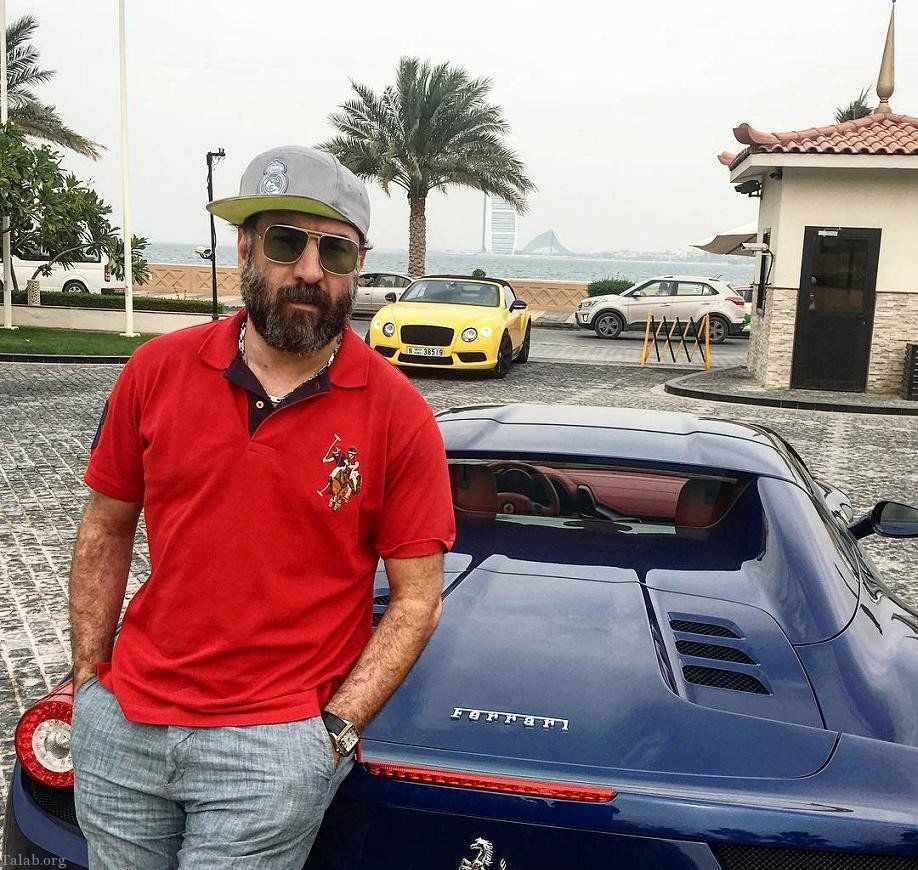 Our concern today is not the betting site of Shadmehr and Seyed Hassan Agha Miri shorts and crocodiles in Chitgar Lake and hacking this and that page and rolling and gelling them and playing Reyhaneh Parsa in the clip and getting Mohsen Afshani and Erdogan’s words. Our pain is the shrinking of the people’s table, which is getting smaller every day, and no one is responsible. Every day worse than yesterday ?!

Ali Ansarian started playing football and after leaving football, he entered the world of art and started acting and performing.

Ali Ansarian has been marginalized in the programs due to his harsh criticism.

Talab Magazine: Ali Ansarian, born on July 5, 1977 in Tehran, is a former player and current actor. He has experienced all three popular professions in Iran, first he was a football player, then he became a singer, and now he has entered the profession of acting, production and even directing, and he has a history of playing in Persepolis and then in Esteghlal!

The mother is the most honorable and purest being. In my opinion, if God wanted to show us His power, He did it by creating the mother. All the goodness of God is summed up in the mother.

Why haven’t you gotten married yet and who do you think is the ideal wife?

My only criterion is being human. Money, wealth, fame and ندارد do not matter to me. Being alone is important to me; The fact that my wife is going to be the mother of my children in the future is important, no matter how human she is. I have not made that choice yet.

Do you think that if you get married, you will get away from your mother?

Such a thing is not possible at all. My condition for marriage is to get a house where my mother lives upstairs in the same house that is always above me. My mother is always present in my life. My mother went through difficult times. My father was forty when my mother’s mother also died, and my mother really endured bad conditions.

Ali Ansarian is marginal and controversial

Ansarian did not have a low margin when he was a player. After playing for Persepolis for several years, he joined Esteghlal Tehran in a strange decision.

Ali Ansarian is an obedient son

His family is a small family and there is a special unity and intimacy between them; So that there is no star in this family named Ali Ansarian, but he is an obedient and calm son for his mother and a compassionate and kind brother for his sister and brother.

Ali Ansarian, 38, has never been married and is single. In response to a question about not marrying and his standard for a good wife, he said:

My only criterion is being human. Money, wealth, fame and. . . None of this matters to me. Being alone is important to me; The fact that my wife is going to be the mother of my children in the future, it matters how human she is. It has not yet reached that choice

He says about himself: simple, familiar but always in his own lock and has nothing to do with anyone; Unless they have something to do with his work, I often see and forgive, but I will not forget for the rest of my life. No one has been long