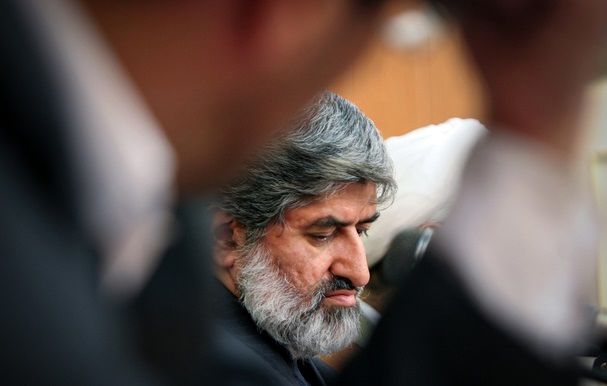 Ali Motahari in an interview with ILNA, in response to the remarks of Abbas Ali Kadkhodai, spokesman of the Guardian Council, that “the reason for Mr. Motahari’s disqualification was not economic issues, but other reasons that I have told myself. They talked to a member of the Guardian Council. We asked him to allow the conversations to be recorded with a camera, but Mr. Motahhari did not allow it. “The best way was to allow that dialogue to be recorded so that we would not see these differences today.” He stated: Mr. Kadkhodai had raised these issues before and during the 11th parliamentary elections, and I answered him at the same time, but I wonder why they have stated these issues again.

He added: “When the election monitoring board disqualified me, the Guardian Council invited me to go there to talk. A member of the council lawyer and a case expert were present at the meeting. After various discussions, especially about how to review the competencies, we entered the subject. That member of the judiciary cited and objected to three of my statements, and I emphasized the correctness of all three.

The deputy speaker of the 10th parliament continued: One of the things he believed that I should not have said was that in my speech in the 9th parliament, I had said, “If the 9th of December causes division, it is no longer the day of God, but the day of Satan.” He said this was against the leadership. I said, first of all, it is not against his opinion. Secondly, I expressed my opinion.

He continued: “The next case was a statement I made about the late Ebrahim Yazdi that” we did not treat him well and it was not right to imprison that old man. ” “You should not have raised this issue, because dealing with Mr. Yazdi was the position of the regime,” said the Guardian Council lawyer. I replied that I did not accept this position. Another issue they raised was the issue of lifting the house blockade. “Why did you talk about lifting the blockade?” He asked. “You should have said that my opinion changed after being informed by the leadership.” I said I could not lie.

He added: “There was no word at all about filming and recording the conversation.” I do not know where Mr. Kadkhodai came from.

The former member of parliament said: “Only when I left the meeting I was told that there is an interview space on the other side. If you want, do an interview. I did not need to be interviewed and I said to myself if I give an interview and explain the meeting to the Guardian Council.” It becomes expensive. Anyway, that’s what they told me and they didn’t tell me anything else.

“I have not yet figured out where Mr. Kadkhodai is saying this, and while I have answered it once, they are repeating it,” he said. Take it from him