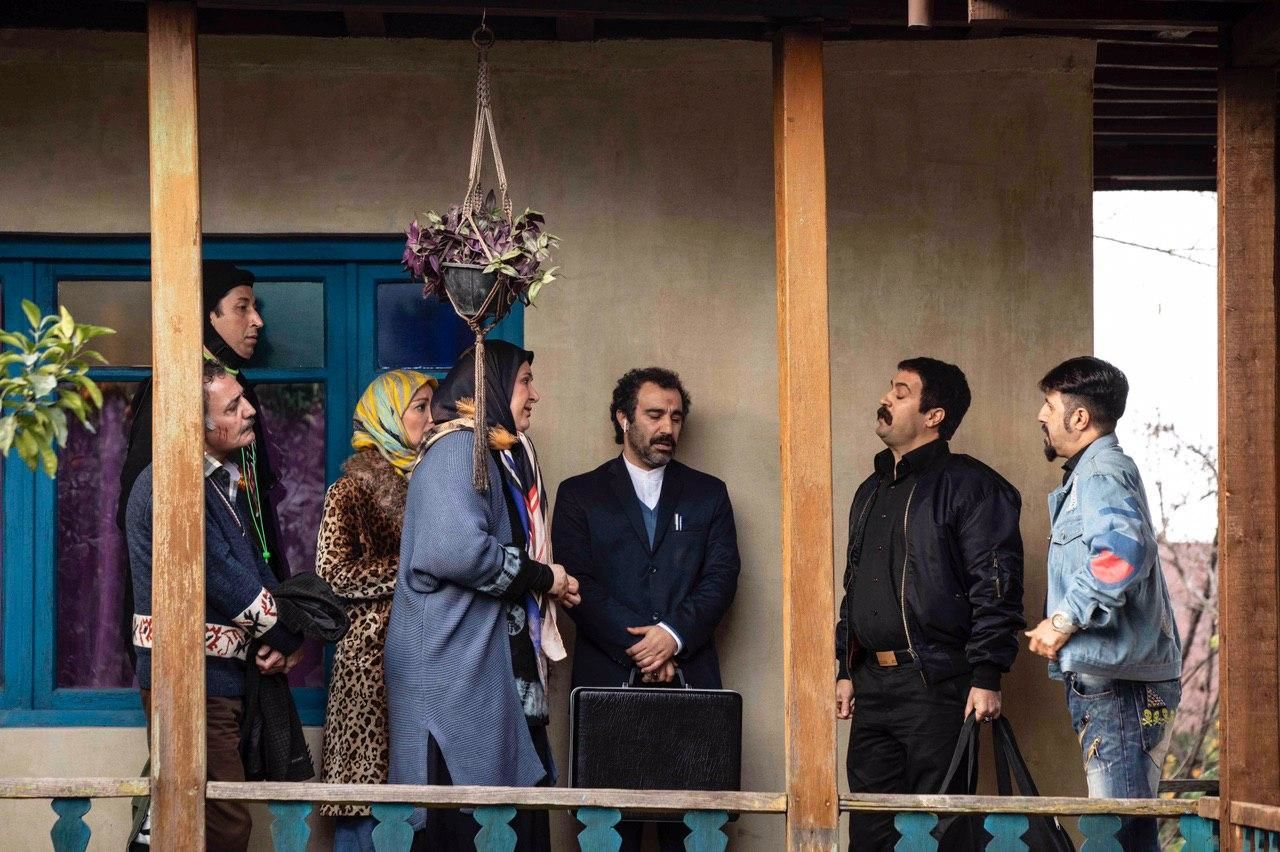 The seventh season of “Paytakht” series will be made for Nowruz 1400. The news that was published in the past weeks and as much as it brought joy to the fans of this series, it also brought criticism to the critics, but it also had many side effects, such as the sixth season of this series.

Seventh season of the series « Capital It will be made for Nowruz 1400. The news that was published in the past weeks and as much as it brought joy to the fans of this series, it also brought criticism to the critics, but it also had a lot of margins, like the sixth season of this series.

From delete Mehran Ahmadi And Sara and Nika Forghani and returned Alireza Khamseh To this TV series up to Mohsen Tanabandeh’s billion salary and the non-production of the seventh season of this series were among the news that were spread in the past few days.

The absence of Khashayar Alvand and the beginning of the margins

With feet Khashayar Alvand The author of Paytakht in 1997, the author of this series was changed and Arash Abbasi and Mohsen Tanabandeh They took charge of writing the script. Perhaps this change in writing style was one of the reasons for the series’ involvement with margins.

Previously, few people thought that the name of a screenwriter would be important for the general public in a series, but after the broadcast of the sixth season of “Paytakht” on various social networks, the memory of the late Khashayar Alvand was revived and part of the audience in this series Virtual compared the sixth season with previous seasons and reminded of the vacancy of the screenwriter of the series. This issue even led to an implicit criticism of the Minister of Culture. Seyyed Abbas Salehi wrote in a tweet that it was Khashayar Alvand who was living in the “capital”.

Friday, April 1, 1999 The first episode of the sixth season of “Capital” on the air One TV network It went, and perhaps it can be said that the margins started from the very first part. When the series was being aired on One Sima, in a rare incident, the series was interrupted twice for commercials, which provoked protests from cyberspace users and Mohsen Tanabandeh.

The creators of a work must follow the rules that are set and do not cross the set red lines, sometimes it happens that they cross those red lines willingly or unwillingly, and sometimes the authorities in charge of monitoring and moving this issue move the red line a little. It is usually difficult to distinguish this subject, but there are few works of art such as books, songs and theater to movies and series that parts have not been changed, and the sixth season of the series “Capital” is no exception to this rule, one One of these audits was proposed by Sedamir Asadzadeh in a post on Instagram.

The story of the audits applied in the series continued until each of the actors objected to this issue. Bahram Afshari, the actor playing the role of Behtash, was one of these actors who announced the censorship of a part of the series by publishing a post, but did not specify which part And why it was removed.

Following the TV censorship and the protests of the actors, Ahmad Mehranfar He also protested the censorship by publishing a post, and shortly after him, Mohsen Tanabandeh wrote about the censorship of the censored version of the series, and Ahmad Mehranfar published the censored dialogue of the series on his personal page. It was after these events that Sirus Moghaddam In a conversation, the director of the series related the deleted items from his series to the sensitivities of the current conditions of the society and said that there is no censorship. At the same time, speculation was rife that there might be no censorship, and that the allegations were just a game to attract the audience.

The impact of “capital” on Internet use

You may have heard it said that playback time is one Serial The streets are deserted or the so-called deserted alley, but since in April 99, Corona had made everyone stay at home, this time a series was able to empty the streets of cyberspace. According to Sajjad Bonabi, the Deputy Chairman of the Board of Directors of the Infrastructure Communications Company, tweeted about the effect of broadcasting the “Capital” series on reducing the country’s Internet consumption.

Five episodes of the sixth season of the series, an online game on its official Instagram page announced with a chart the decrease in the number of online participants during the airing of the series “Capital”.

Of course, the decrease in the use of cyberspace users was not very surprising because according to the survey Broadcasting Among Nowruz TV series, “Paytakht” was recognized as the most popular series with 75% of viewers.

One of the recurring criticisms from the beginning of “Capital” in the sixth season, the disrespect of the younger family to the older ones and the continuation of unreasonable lies of ordinary and deceitful family characters was one of the things that followed the protests and criticisms of the audience from the very beginning to the end. The violence was another criticism leveled at the series, including scenes of recovery and restless hand syndrome. Countless cases that some media outlets referred to as bad lessons that we should not learn from Nagy and Aristotle.

The sixth season of “Capital”, however, in addition to the weakness in the script, was accompanied by small and big mistakes that were not hidden from the eyes of the sharp audience of this series. From the football flaws that bored football fans to having the news text in hand a few hours before the news aired on TV, which was accompanied by a reaction from the TV newscaster. These are in addition to such things as the presence of the cameraman on the football field in the spectacular save sequence of Behtash Fariba at the textile gate, the image of the camera and the agents behind the camera in the car mirror, the teapot that breaks in one shot and sits in the next shot. There are some cases that show the carelessness of the constructive factors.

Unfinished controversy of the final sequence

All the margins of the sixth season of this series had a good mood that caused a lot of controversy. A couple and a honeymoon trip and a motorcycle and a boat and a dialogue from a Persian movie. The sequence, which some believe was copied from a movie starring Behrouz Vosoughi, raised the criticism of the series and brought a lot of margins to the series.

Of course Director Contrary to critics, the series believed that joking with the emperor was not illegal.

A beginning that did not end

The return of Alireza Khamseh to the series and the removal of Mehran Ahmadi was one of the issues that became media in the beginning.

Sarah and Nika Forghani, twin sisters who play the role of the children of Rima Raminfar (Homa Saadat) and Mohsen Tanabandeh (ordinary Naghi) in the series, were removed from the series, and this issue had both serious opponents and strong supporters.

There are such deletions and additions of actors in the series, but what attracted the most attention this time was the release of a figure as Mohsen Tanabandeh’s salary, which caused a lot of protests. In response, Mohsen Tanabandeh announced in a post that the seventh season would not be made due to the unfavorable atmosphere.