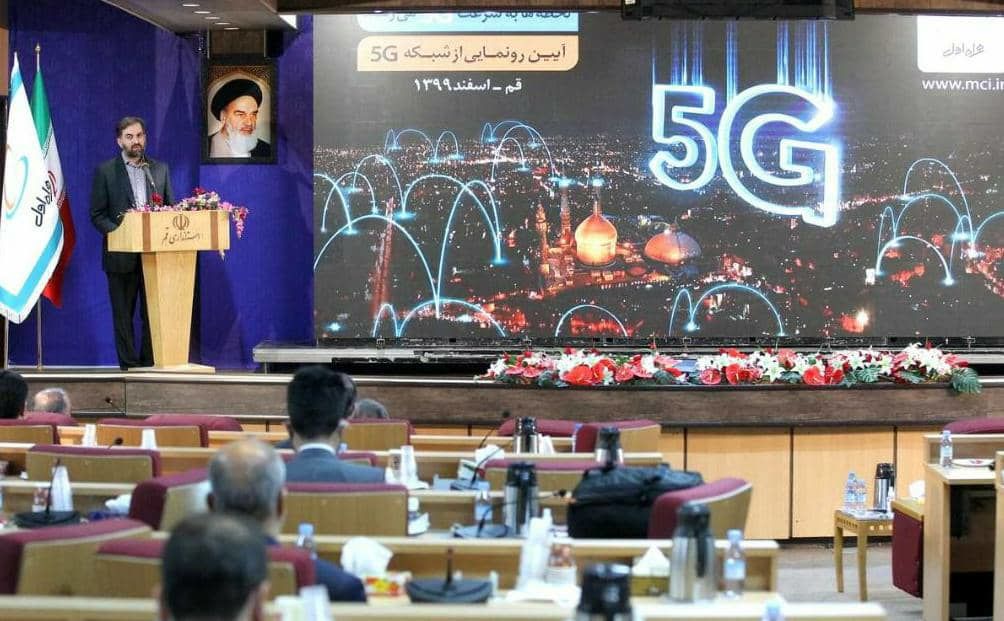 Mehdi Akhavan Bahabadi, CEO of Hamrah-e-Aval, stated that during the past year, when we were involved in the Corona virus, many businesses were pale and many activities were transferred to cyberspace: This year was the busiest year for the country’s communication field, especially operators. . Internet usage on the first mobile has almost doubled last year.

He added: “This issue requires sustainable development; Because people expect to receive a high quality service; In other words, we needed jihadist action in this regard.

The CEO of Hamrah-e-Awal said: “For example, in the field of students, as soon as the corona spread, we were able to raise the” Happy Student Network “from zero to 100 in Hamrah-e-Aval within a month, and now nearly 12 million students are using this platform.”

He added: “We have to move to newer technologies due to increasing market demand; Maybe until a few years ago, having 3G service was a joy for some; But now, if it is not 4G, it is considered a defect in the field of communication.

Akhavan Bahabadi stated that after several years of discussing 5G studies in the first mobile, we have now entered the commercial phase of exploiting this generation of communication in the network, said: Now we are working on studies for the next generation of technology or 6G .

The CEO of Iran Mobile Communications Company referred to the launch of 5G sites, first in Mashhad and then in Tehran, and said: “The third province was considered Qom according to our goal and vision.” We could have turned our site into a tourist destination, but we believe that an operator operating within the framework of the Islamic Republic should also update its beliefs.

Emphasizing that we believe that the preservation of ideals should also be seen in the slogan, he noted: The issue of “content” will be important from now on; Although important in previous technologies, it has been neglected.

Akhavan Bahabadi considered one of the major shortcomings in the field of content and reminded: using 5G technology, we can download a two-hour movie in one or two minutes; Therefore, if we use this space with Iranian-Islamic products and in large quantities, it will not become a hotbed of foreigners.

Ayatollah Hosseini Bushehri, President of the Qom Seminary Teachers Association, also stated that this new technology (5G) is used to meet the needs of the people in various fields such as business, publishing the enlightened teachings of the Qur’an, said: Material and spiritual people.

The head of the Qom Seminary Teachers Association addressed the senior managers of Hamrah Aval and said: Do not feel tired and by the order of Imam Hussein (AS), wherever the needs of the people come to you, this is a blessing from God and thank you for this blessing in your responsibility and welcome. To meet the needs of the people.

He stated that the best people are those who do the most service to the people, adding: “I thank Dr. Akhavan for his religious concerns; As he said, we do not have a hardware problem in the country, and in other words, we provide the road, but sometimes there is no security for this road.

Ayatollah Hosseini Bushehri considered it important to provide security for the content road and said: “Maybe we will build a road on which ISIL has traffic; But on the other hand, we may be able to develop a road that will take the Arbaeen camps to Karbala.

The head of the Qom Seminary Teachers Association once again described the first step to develop 5G with the approach of expanding religious education as very beautiful and said: “In the text of my invitation, they wrote that the development of this technology was done by using the power of young and committed domestic professionals.” You know this is very valuable; With such measures, especially during the corona outbreak, the world was shocked and saw that they are imposing sanctions, but the Iranians stood up and took timely action.

Ayatollah Hosseini Bushehri pointed to the importance of the field of “content” and said: “Considering that if the right and rich content is provided to the youth, they will tend inwards; But if we empty the stage, others will come and occupy it.

Addressing the senior management of Hamrah Aval, he said: “I hope that with your value view, the” seminary “will be able to follow in your footsteps in terms of content and in accordance with the opinion of the leadership.

Ayatollah Hosseini Bushehri, while congratulating the revolutionary and good people of Qom province on the birth of Imam Hossein (AS) and also this development, once again asked religious scholars to participate in using the capacity provided to spread religious and cultural affairs.

Bahram Sarmast, the governor of Qom, also stated at the ceremony that the first step in the development of 5G is to accompany the great revolutions such as agriculture, industry, etc. that human society has seen: Today, human society is through communication technologies. It is interconnected and the former geographical and political boundaries have been removed.

He pointed out: Now the basis of divisions is the production, consumption and circulation of information.

The governor of Qom considered the choice of this province to implement 5G as smart and purposeful and specified: Qom is not only a metropolis but also a world city; Because it ranks first in the field of publishing Islamic knowledge and benefits from the presence of the Al-Mustafa community, seminaries and many universities. In addition, we see the presence of 20 million pilgrims on various occasions in this province.

Following this ceremony, the 5G Hamrah Aval site located in Zamzam commercial complex, overlooking the holy shrine of Imam Masoumeh (AS) was exploited with the permission of Ayatollah Hosseini Bushehri, and Morteza Taheri, the technical and development deputy of Hamrah Aval network, was installed at the site. ⁇⁇⁇⁇⁇⁇⁇⁇⁇⁇⁇.