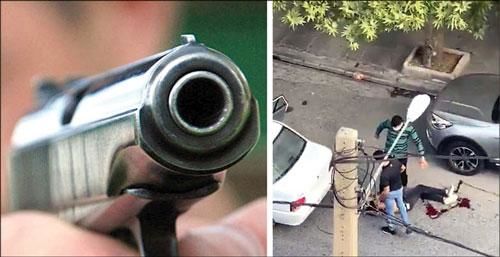 Explaining the details of this news, Col. Saeed Rasti stated: On the 4th of Bahman of this year, a case of violence and mischief that resulted in a shooting took place near Nabrad Street. Initially, it was revealed that some thugs in the area, after being present at the scene, started shooting with cold steel and clashes, and in the meantime, they also started firing with firearms.

He added: “Considering that the defendants in this case had fled the scene of the crime before the officers arrived, it was placed on the agenda of the Greater Tehran Public Security Police.”

The police official pointed out that the investigation was carried out and the statements of the locals were clarified; The perpetrators of this criminal act were high-ranking thugs in Tehran, who, along with a number of their newcomers, started beating and fighting with batons. They flee the place.

Colonel Rasti stated: The result of the investigation was sent to the judicial authority during a tour and orders were issued to identify and detain all the accused and perpetrators of this armed conflict.

The head of the capital’s Public Security Police Operations Center noted: “Following the investigation of the case, the identities of the accused were identified with the help of CCTV cameras and two of the main perpetrators of this clash and shooting were arrested on February 7 and transferred to the Public Security Police.”

He noted that the detainees had multiple records, including clashes, riots, riots, shootings, armed demonstrations, and coercion. The case is still ongoing.