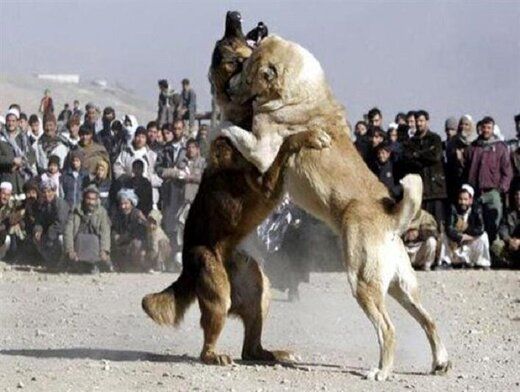 Aref Shadkam said on Monday: The intention of the organizers of the dogfight on the sidelines of the Golsar health project in the city of Hawiq, who were arrested yesterday, was entertainment, gambling and escape from unemployment. There was also hand contact with the dog.

He added: “Animals are part of the natural and environmental society and have an undeniable role in the balance of the natural system and have the right to life, treatment, peace and safety from violence and genocide, and the violation of animal rights, according to the Islamic Penal Code.” It is a crime and promotes violence.

The head of the Talesh Environment Department said: “The legislator has not criminalized dog abuse and the bill to prevent animal abuse, which has been under consideration in the Legal and Judicial Commission of the Islamic Consultative Assembly for several years, should be approved so that the relevant violations can be dealt with easily.” To take.

He continued: The officers of Talesh County Environment Department, as soon as they learn about the cases of animal abuse, deal with the violators and introduce them to the courts, and fortunately, considering the culture of Talesh people and their kindness to pets such as dogs, cats and Horse, animal abuse is less common in this city.

He continued: “Dogs enter the city at night from around the villages to find food, and by gathering in front of grocery stores, chicken shops and butchers, they disturb the citizens and return to the villages again when the weather clears.”

Several citizens, during a telephone call or in-person interview with an IRNA reporter, described the herding of dogs in different parts of the city as annoying and contrary to hygienic standards, and asked the authorities to create a suitable place to keep stray dogs. , So that animal lovers and supporters and owners of gardens and villas who have the conditions for keeping dogs, the required guard dogs can be delivered from that place.

Talesh city with a population of 200,000 and the central parts of Asalem, Haviq and Karganrood is located 110 km west of the center of Gilan province.