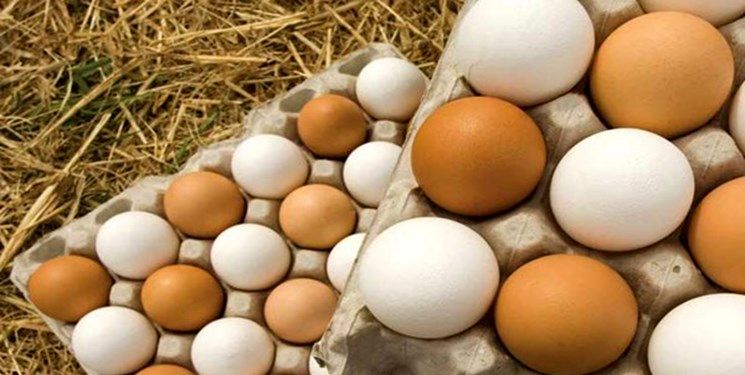 According to Eqtesadonline, quoting the Journalists’ Club, Ghasemian, Deputy Head of the Market Regulation Office of the Ministry of Silence, stated in an 18:30 interview with Khabar Network regarding the approved price of eggs: Yesterday’s meeting, according to the proposal of the Ministry of Jihad, the price of poultry eggs was set at 14,000 Tomans and the consumer price at 16,900 Tomans, while the previous price was 12,000 Tomans and 14,500 Tomans.

Regarding the basis for the price increase, he said: “Several meetings were held in this regard, taking into account all aspects and increasing the price of inputs, this price increase was applied.”

Ghasemiyan continued: Regarding the price of egg packaging, the relevant association is supposed to provide documents and then the price increase will be announced.

“This was done to support production,” the official said of what oversight to ensure the same prices are maintained in retail stores. Due to the appropriate distribution networks and the focus of the monitoring support organization, we will have relative price stability in the market in the coming weeks.

The deputy head of the market regulation office of the Ministry of Silence said: “This price has been determined by consulting producers and the opinions of organizations.” Serious monitoring of egg prices is on the agenda and any price increase outside the approved rate will be dealt with.

He added: The Ministry of Jihad for Agriculture and Livestock Affairs has committed to supply 80,000 tons of eggs per month.

Ghasemiyan stated: In the market regulation meeting, the price of bread was opposed. We also have no plans to increase the price of detergents and hygiene products.

Consumers have been considerate in determining the price of eggs

Asghari, the director of the Central Union of Laying Hens, said in this regard: The price offered by the union for eggs was 15 thousand and 733 Tomans, which was set at 14 thousand Tomans in the market regulation headquarters.

He added: “We comply with the set price, but the determination of the price of eggs was only managerial and has been considered by the consumer.”

The official stated: the producer does not make a profit with the approved price of 14,000 Tomans and the production costs are covered.

The director of the Central Union of Laying Hens said: “We have announced our readiness to supply eggs through guilds in the fruit and vegetable fields of the provinces.” The docks in different provinces will supply the eggs of the guilds and we will stabilize the market in the coming weeks.

Continuing the program, Mehdipour, Director General of Supervision of Health Products of the Protection Organization, stated: There is a serious supervision over the goods that are approved by the market regulation and the price is included. If the approved price of eggs is not considered in retail stores, it will be dealt with.

Regarding the increase in the price of detergents, the Director General of the Hygiene Products Supervision of the Protection Organization said: “On the first of November, we had a 40% increase in the price compared to June, and it will be dealt with if there is a store or manufacturer raising the price.”

He continued: the base price of the previous production should be sold at the price before November and the intended increase. The increase in the price of detergents in November was due to the high price of domestic and foreign raw materials.

Mehdipour said: the price increase is prohibited until the end of the year and citizens should report their complaints to 124.