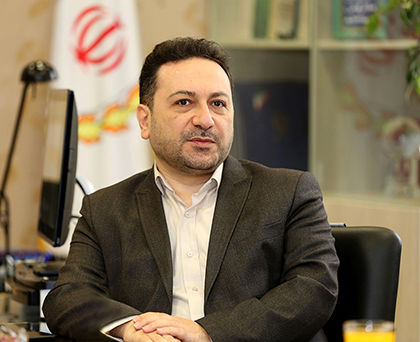 According to Shaman News, the public relations correspondent of Bank Melli Iran had a conversation with Dr. Nasser Shahbaz, a member of the bank’s board of directors.

Why has Bank Melli Iran increased its capital?

Making the right decision always requires useful and relevant information. According to the theoretical framework of accounting, financial information is useful when it is true and reliable, and this will only be possible through complete and honest disclosure of information.

Therefore, considering the existing inflation in the society and especially the price changes in the land and construction sector in recent years, recording and disclosing the current and current value of the bank’s assets is of special importance.

On the other hand, adequate capital is considered as one of the important indicators of evaluation and is a source of public trust in the bank. In addition to reforming the financial structure and increasing capital, in addition to strengthening the bank’s financial capacity to participate in the implementation of national projects and to move the country’s production cycle and job creation in the form of facilities, improves regulatory ratios, including capital adequacy (if positive) Being the capital of the first layer), the limit of the open currency situation, equity and also the financial ratios become more real.

What are the details of the bank capital increase?

Bank Melli Iran during 1399 with the aim of reforming the financial structure and information transparency and in order to benefit from the tax benefits stipulated in the provisions of Article 14 of the Law on Maximum Use of Production and Service Capacity and Protection of Iranian Goods approved by the Parliament on 2/15/2017 “Islami” put measures related to capital increase from the place of revaluation surplus and business goodwill on its agenda, which finally recorded this capital increase in the amount of 724.358 billion rials, equivalent to 365 percent in January of this year.

What effect will the capital increase from the revaluation of assets have on the bank’s performance?

Although the capital increase from the revaluation of assets due to the lack of cash resources will not have a direct impact on the profitability of the bank, but the importance of this issue can be discussed in several ways.

On the one hand, increasing the value of the institution and consequently reducing the risk of depositors by improving regulatory ratios and binding ratios, which will ultimately lead to an increase in lending capacity and increase the bank’s profitability.

This measure also benefits from tax exemptions resulting from this type of capital increase. According to a note in Article 149 of the Amendment adopted on July 22, 1994 of the Law on Direct Taxes, price increases resulting from the revaluation of assets of legal entities in accordance with accounting standards are not subject to income tax.

In addition, since the bulk of the bank’s capital increase came from the revaluation surplus of land as an intangible asset; Therefore, we will not have a financial burden in terms of depreciation in the coming years.

Has the bank’s capital reached the desired level with the recent capital increase?

Raising capital from the revaluation of assets is very effective in terms of complying with the provisions of the Capital Trade Law, monetary and banking regulatory ratios, but as many experts and economic activists acknowledge; The best way to increase capital is from shareholders’ claims and cash inflows; Because with the arrival of new resources while increasing the financial capacity of the bank and improving the binding ratios of the central bank by granting more facilities, the profitability of the bank will be affected.

How does the increase in the bank’s capital change the position of that bank among domestic banks?