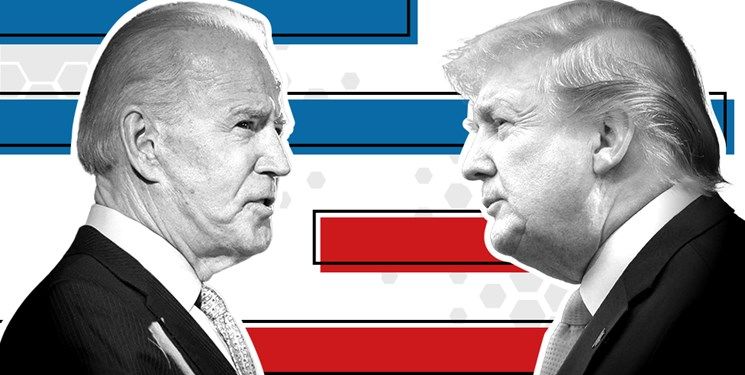 President-elect Joe Biden has criticized US President Donald Trump’s administration for not cooperating in the transition process.

He said that four years ago, when Donald Trump and his deputy, Mike Pence, were scheduled to enter the White House as president, the Barack Obama administration provided them with access to the necessary information.

“Four years ago, we welcomed the Trump-Pence team that was to come to power and facilitated their access to everything we had,” Biden said. [در روند انتقال قدرت] we were. “We faced sabotage in some departments, especially the Ministry of Defense.”

“At present, the current government does not provide us with all the information we need in key areas of national security,” he said. “In my opinion, this is nothing short of irresponsible.”

“We will once again be heroes of freedom and democracy,” Biden said. “We will regain our credibility to lead a free world.”

About 10 days ago, a US media outlet reported that Acting Secretary of Defense Christopher Miller had ordered a halt to cooperation with the transition team of President-elect Joe Biden across the Pentagon.

Senior U.S. officials have told Axios that Christopher Miller has ordered an end to cooperation with Joe Biden’s team across the Pentagon.

Informed sources at the time said it was still unclear why Christopher Miller made the decision and whether it was approved by Trump.

Miller’s move, which has puzzled US officials at the Pentagon, is one of the biggest signs of distrust of Biden at the top levels of the Trump administration.

Meetings between the Biden and Trump teams are currently underway in various parts of the government. The meetings began after initial delays.

Miller, who was appointed acting Secretary of Defense on November 9 following the ouster of Mark Spear, ordered Pentagon officials to cancel all transfer sessions on January 28.

A senior Pentagon staffer who assisted in compiling the report said it was a matter of days before the start of the new year.

A Pentagon staffer who assisted in compiling the report, said that the Pentagon had less than 12 meetings on its agenda. “We are still committed to a constructive transfer of power,” he said.

The acting secretary of state announced a few weeks ago that the ministry under his control would work with the transition team of the next possible US president.

After Miller took office, Axius had given reasons for Trump’s decision to replace him with Mark Speer.

Chris Miller has hired an adviser a few days after his visit to the Pentagon, indicating that the Trump administration’s goal in the recent purges is likely to accelerate the withdrawal of US troops from the Middle East (West Asia) before the end of his presidency in the United States. It is January.