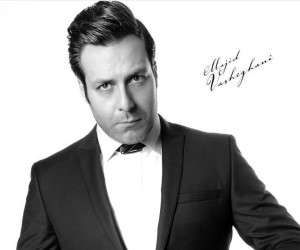 Full biography Majid Vashghani See the filmography and photos of “Majid Vashghani” in different roles on the Shaman News website. Majid Vashghani has a bachelor’s degree in metallurgical engineering. Majid Vashghani He has acted in several movies and TV series, including: Ungrateful, Love Passion, Ambush series, Silent Voice, Line Breaker, Under Eight and Michael.Majid Vashghani It was introduced to the TV audience with the serial “Deviation Path”. After that, everyone was waiting to see him in comedy series, but Vashghani surprised the audience with his role as a criminal in the series Black Intelligence.

Majid Vashghani appeared in the role of a policeman in the Matador series this time. Matador series is the name of a TV series directed by Farhad Najafi and produced by Javad Norouz Bigidar, which aired on Channel One in 2013.

Summary: A European official comes to Iran to attend a conference on nuclear energy. A terrorist group consisting of a woman and two men who are active in creating insecurity and terror in developing countries. After playing a role in the series Matador and the Beautiful Revolution, he played the role of the police for the third time in the series Michael.

Synopsis: Rasool, dear friend and comrade Mikael, is mistakenly the victim of a conspiracy of evildoers. Mikael, who is a hard-working and hard-working police officer, is determined to establish more order and calm, and relying on the support of the people, he goes to sea and…

The border of the sun

Under the dome of the church