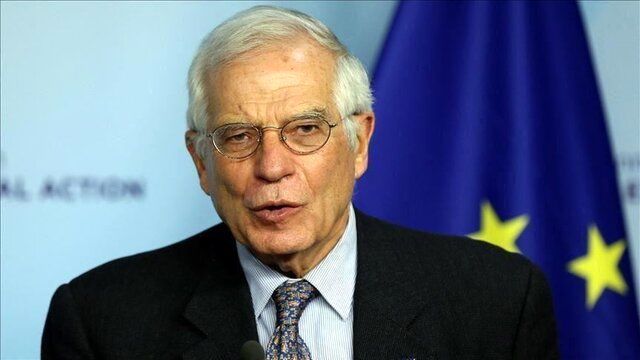 EU foreign policy chief Josep Borrell follows virtual meeting of nuclear ministers today[برجام] He wrote on his Twitter page: Today, the members of Borjam emphasized their efforts to maintain the agreement. Complete and effective implementation [توافق] It is very important by all members.

“We have agreed to continue to address the challenges of implementing the agreement, including the non-proliferation attack and the lifting of sanctions commitments,” Borrell wrote.

١. Meeting of the Ministers of Foreign Affairs of the three governments / European Union + two (China, France, the Russian Federation, the United Kingdom, the High Representative of the European Union for Foreign Affairs and Security Policy) and the Islamic Republic of Iran, members of the Comprehensive Joint Action Plan (CJAP), on ٢٠٢٠ December ٢٠٢٠ ١ دی ١٣٩٩) was held virtually. The meeting was chaired by Mr. Joseph Borrell, High Representative of the Union.

٢. Borjam members reaffirmed their commitment to the agreement, reiterating their efforts to do so. They continue the need for full and effective implementation of the UNHCR by all parties and address the current challenges of implementation [برجام], Including nuclear non-proliferation and sanctions lifting commitments.

٣. The Ministers emphasized the importance of the Agency’s role as the only independent and impartial international body mandated by the United Nations Security Council to monitor and verify the non-proliferation commitments under the IAEA Board. They stressed the importance of continuing to cooperate in good faith with the Agency.

4. The Foreign Ministers noted that the IAEA Board, endorsed by UN Security Council Resolution 15, remains a key element in the global nuclear non-proliferation system and an important achievement of multilateral diplomacy for regional and inter-regional peace and security. International is involved. The ministers reiterated their deep regret over the US withdrawal from the agreement. They emphasized that the resolution was still fully binding.