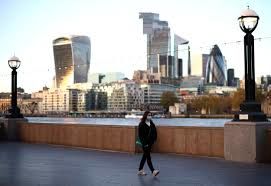 Following the outbreak of a new and mutated version of the coronavirus in the UK; The country is on alert. The virus is said to be more widespread.

Deutsche Welle wrote; Several European countries, including Germany, suspended flights from Britain as of midnight on Monday. Passengers arriving in Germany waited for hours at airports, and some were forced to spend the night at the airport.

With the spread of the new strain of the corona virus, the entry of air travelers from Britain to Germany and several European countries has stopped. The day before, the Netherlands and Belgium had banned aircraft from entering Britain.

German airports have been closed to incoming flights from the UK since the first hours of Monday (December 21st). Those arriving in the last hours of Sunday evening waited at airports for several hours to receive a corona test.

Now, in addition to Belgium, the Netherlands and Italy, France, Ireland, Switzerland, Canada, Argentina, Peru, Colombia and Chile have all suspended flights from the UK.

France and Belgium have also blocked sea and land routes, including rail, to the English Channel and the British Isles.

Iran, Canada, the Netherlands, Morocco, Turkey, Germany, Ireland, Kuwait and Saudi Arabia are among the countries that have suspended flights from Britain.

The World Health Organization has called on European countries to increase their control over the virus.

The virus is at least 70 times faster to spread than the primary coronavirus.