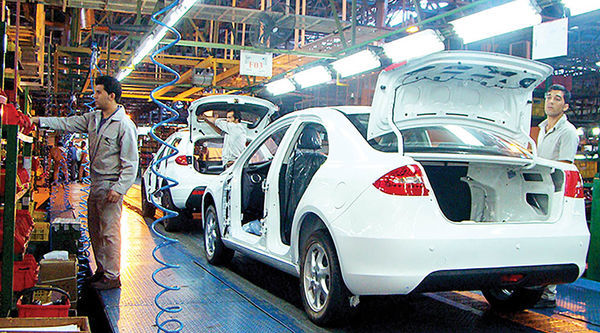 EconomyOnline – Mehdi Beyk; The tumultuous path of communication relations between the Twelfth Government and the Eleventh Parliament is taking on more visible dimensions and angles in terms of economic and livelihood plans. After the problems caused by the announcement of the steel executive procedure by the government and its intersection with the plan to reorganize the steel chain of the parliament, the issue of pricing and organizing the car market is another challenge and contradiction that has caused different views between the two sides.

The government believes that the issue of car pricing should be left to the open market and that the resources derived from price liberalization should be made available to automakers. Deputies believe that the car pricing process should be left to competitive environments such as the capital market. At the same time, the deputies believe that liberalization resources should be used to improve public transport development plans. But at the heart of this difference of opinion are the commonalities between the two sides, namely that the current trend and the two-pronged system in car prices need to be urgently reconsidered. Shape the country’s car market.

In this regard, Ruhollah Izadkhah, a representative of the people of Tehran in the parliament, referring to the problems of the car market, said: “There is no other way to organize the car market and prevent false and speculative demands than to make prices real.” But there are two arguments. First, if prices are liberalized and priced according to the government’s method, the car will become even more expensive and more pressure will be put on the real consumer. Apart from the economic consequences, this decision will also cause social upheaval and public protests.

Referring to the consequences that the discussion of car price liberalization may have, Izadkhah said: “The next discussion is to see whether the expectation of car manufacturers to receive more money than the cost price is a reasonable demand or not?” The idea of ​​a government car does not answer these ambiguities. When we ask senior government officials, do you accept the economic and social consequences of the issue of car liberalization? They do not answer and remain silent. The fact that the price of cars will be liberalized overnight is a decision of a sudden increase in the price of gasoline in November 1998, and it has a direct effect on people’s livelihoods. Therefore, it may face widespread social reactions. On the other hand, it does not mean that all the profit of increasing the price of the car will be given to the automaker.

He added: “In this plan, special attention has been paid to the automaker’s share of price increases so that the automaker does not take advantage of the turmoil in the economy and does not make unconventional profits from the pockets of consumers.” In other words, the automaker must eventually deduct the cost of the car plus the approved profit. If the state of the economy is not balanced, it does not mean that the automaker will sell the car at the highest possible price and make all the profits.

Government and parliament common points for organizing the car market

The representative of the people of Tehran further reminded: The dispute, however, starts from the place where the government says that the determination of car prices should be left to the margins of the market and it does not take responsibility for its decisions. At the same time, he is not willing to determine the difference between the free market price and the cost price of the car. On the other hand, the parliament believes that the price should be set in the capital market, while the surplus resources resulting from the liberalization of car prices should also be assigned. Why stock market? Because there is no more transparent and reliable mechanism than the capital market.

He added: “Of course, the supply of cars on the stock exchange must be planned in such a way that the supply and demand process is managed.” It should not be the case that any person and current that wants to be able to enter the market and buy a car in line with commercial approaches. Undoubtedly, once the trading process becomes more transparent, a significant portion of the false demand will be removed from the car trading cycle, and the market will be more balanced.

Izadkhah in response to the question of the reporter of Eqtesadonline whether the parliament will enter the way of car purchase registrations before the approval and implementation of the plan to organize the car market? He said: There are many ambiguities in this section as well. It is basically unclear what mechanism is used to register applicants to buy a car from the factory. The parliament has asked several questions to both the Minister of Silence and the automakers, but these demands have not yet been answered. In the latest case, major car companies were asked to provide commission members with a list of car sales over the past year, to which no response has yet been received. Of course, the parliament will try to provide the necessary transparency in this regard by using oversight tools.