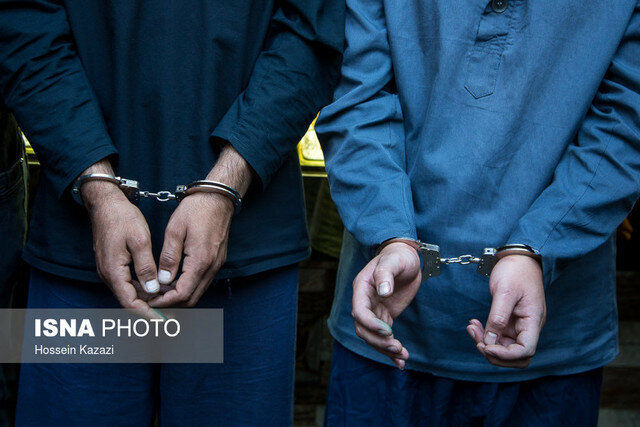 Greater Tehran Awareness Police Chief announced the destruction of a three-person gang that had stolen more than 50 L90 cars.

Sardar Alireza Lotfi, on the sidelines of the arrest plan, told reporters: بود It was in early March that several complaints about the theft of L90 passenger cars were referred to the Awareness Police. Its seriality was strengthened by police officers.

He said that the review of the CCTV cameras around the places where the robberies took place provided the first clues to the agents. In this regard, by matching the images of the defendants that were obtained from different cameras of the robbery scenes, it was determined that all the robberies were committed by three young men.

The Greater Tehran Intelligence Police Chief stated that the image of the defendants was matched with the database of former criminals, adding: ‌ Upon obtaining this information, the identities of the three thieves were identified and they were executed in three simultaneous operations in western Tehran after obtaining judicial permission. , Were arrested.

Referring to the arrest and transfer of the accused to the police headquarters and interrogation, Lotfi said: ‌ At first, these people denied the theft and were even informed about it, but after facing the evidence and police evidence, they confessed to their crime and the gang leader He told the officers that he was wandering in the streets of Naziabad, Abdolabad, Yaftabad, etc. with a stolen car, and when he found the L90 cars, he opened them with a screwdriver, and then by putting together a switch and a series of tasks. Technically, they steal the car.

He stated that after stealing the cars, the thieves stole the equipment inside it, such as catalysts, batteries, A-saves, etc., and then left the cars in a secluded place. He stated: ‌ These people confessed in their statements. They were so good at it that they committed five thefts a day and in more than a month stole more than 50 cars in the same way.

The head of the Greater Tehran Intelligence Police stated that the detainees were addicted to drugs.