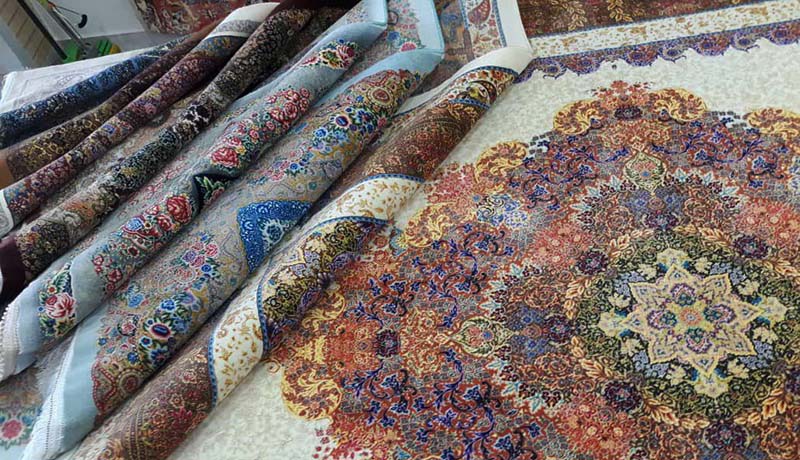 According to Tejarat News,

Mehrdad Jamal Arvanghi, Technical Deputy Minister of Customs of Iran, recently wrote a letter to Alireza regarding the issues related to the export of carpets and the problems that have led to the reduction of this Iranian export product, after recent meetings between industry activists and relevant officials. Razm Hosseini, Minister of Industry, Mines and Trade (Samat), has presented a report on the situation of Iranian hand-woven carpet exports, and in it, with some factors reducing the export of carpets, has made suggestions to repair the current situation.

Carpet exports were at their peak in 1372

Factors affecting the reduction of exports

He also pointed to the effective factors in reducing the export of Iranian carpets and said that the existence of serious competitors, various sanctions against exports, failure to provide export facilities to exporters, including export bonuses or low-interest loans, the status of foreign exchange contracts, the existence of restrictive laws and regulations Also, the high cost of raw materials for carpet production has been effective in this process.

In his correspondence with Minister Samat, the Technical Deputy of Iran’s Customs pointed out several solutions, the most important of which is the issue of currency.

He said that considering the small amount of handmade carpet exports at present and in order to support the national art of the country and create jobs, it is proposed that the export of Iranian handmade carpets be exempted from the return of foreign exchange earned from exports.

Another issue raised by the technical deputy of customs is that after the export of handmade carpets, there is a need for after-sales service, and due to the problems of obtaining a guarantee for the temporary import of such carpets, the economic viability to use this potential capacity has been lost. But if the necessary facilities are provided for a large number of experienced people who are now using their power in other countries, it will be possible to continue operating in the country; On the other hand, with the creation of these facilities, the possibility of temporary import of foreign carpets is possible and a suitable foreign exchange income is provided along with the creation of stable employment for a part of the society, and it is suggested that this issue be followed up.

A suggestion about back rugs

In another section, the import formalities of returned export carpets are mentioned and it is announced that due to the fact that export carpets are often exported continuously or on new carpets, such as washing or dyeing, in order to observe the taste of the target market, It is not possible to determine the authenticity of the carpets and to verify their compliance with the export licenses, or that the carpets may have been exported in previous years and may not be available due to their storage in the warehouse and the non-sale of their export licenses. Therefore, the customs has suggested that the import of Iranian handmade carpets after production in Iran without the need to provide the relevant export documents and by obtaining 5% of the value of the goods to settle prizes and possible facilities at the time of export is possible.