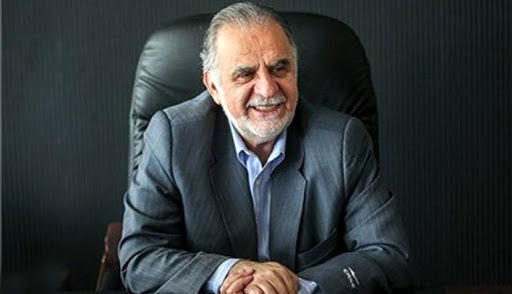 “The supply of products in the commodity exchange causes the transparency of transactions in every industry and job category, and in fact, the proper supply and demand in the exchange of rents, gang games and decisions,” said the former chairman of Imidro’s executive board. Prevents behind-the-scenes and speculation that prevents the interests of producers and consumers from being jeopardized. Also, the Commodity Exchange, with the transparency that it has had in all its years of activity, has shown that it has worked in the economic interests of the country.

From the time the initial decision of the Ministry of Silence on changing the pricing of steel was published until the parliamentary plan for managing the steel market was read in public and finally the rules of procedure of the Government Economic Coordination Headquarters on organizing the supply and demand of the steel chain were announced. These plans and instructions have made it necessary to list all intermediate and final products of the steel chain in the commodity exchange.

But despite the fact that three weeks have passed since the official implementation of the new government policy in the Commodity Exchange by determining the base prices of ingots, slabs, sheets, rebars and… in accordance with the provisions of this policy, there is still sufficient supply of various steel products in this physical market. We are not on the side of different manufacturers; In a way that the supply volume of steel sheets and long sections has not reached the desired conditions and the supply volume of steel ingots, which was a little more appropriate until last week, has been reduced to about half of last week, according to the latest update of bullion supply announcements. Is.

In this situation, but still a large part of steel industry experts emphasize that the supply of all steel products in the stock market can lead to transparency in the steel chain and Price adjustments should be made in the context of the correct supply and demand trend in the commodity exchange.

Mehdi Karbasian, former Chairman of the Board of Directors of the Organization for Development and Renovation of Mines and Mining Industries of Iran (Imidro), in an interview with Fooladban, said that the supply of steel products in the Commodity Exchange has many benefits and said: Every industry and occupation becomes a profession, and in fact the proper supply and demand in the stock market prevents rents, gangsterism and behind-the-scenes decisions and speculations that jeopardize the interests of producers and consumers.

He further referred to the recent policy of the government on the need to supply all steel products in the Commodity Exchange and said: Commodity Exchange with the transparency that has been in all years of operation, has shown that it has worked for the economic interests of the country, but We have to accept that any kind of economic decision-making must be stable and go through a balanced, rational and expert process to achieve its main goal, otherwise hasty and unprofessional decisions and the issuance of various directives will confuse those involved in production, investment and trade. And even eventually causes rent, corruption and even information leakage outside the organization and related institutions, which will only result in the abuse of certain individuals.

In another part of his speech, Karbasian described the actions of the 11th government and to some extent the 12th government in the field of mining industry and especially in the field of steel as appropriate and further explained: Iran was a major importer of steel until 1390 and 1391. During the period, with the import of several million tons of steel, many dollars were taken out of the country; But from 1996 and 1997 onwards, we became a strong exporter of steel products and now we have a good level of exports.

The former chairman of Imidro’s CEO continued: “Although export protection has been lost in the talks of the officials, one of the main policies of the government, but in practice, the implementation of these policies has caused many problems for exporters in steel, other mining, petrochemical and even Agriculture has come with it. However, if the export support is provided properly, the country can achieve good income generation in non-oil fields, which will help the country’s economy at this time, despite the oil embargo.

In the end, the former CEO of Imidro emphasized: “Supporting exports, especially mineral products, must be on the agenda and one of the main priorities of the government. It is obvious that the Ministry of Industry, Mines and Trade must act more decisively in this regard.” Remove the clauses imposed by the Ministry of Economy and the Central Bank and resist the implementation of decisions that are far from rational and expert policies in the field of mining.