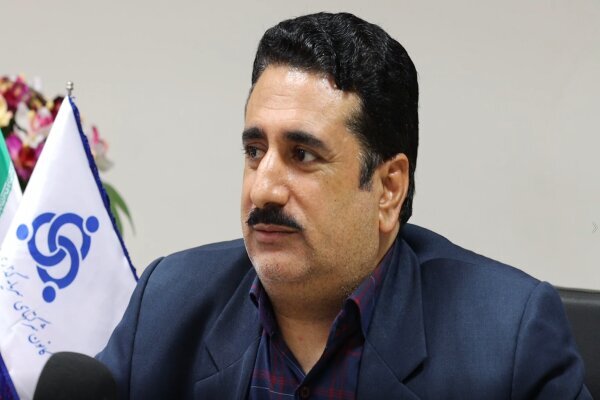 According to Mehr reporter, Hossein Aminikhah in a meeting with reporters on Tuesday, referring to the importance of the issue of liberalization of justice shares and its role in the Iranian household table and the prosperity of industry and economy in the provinces, said: And present the demands and demands of the people that are raised in person.

He stated that in 1985, the Supreme Leader issued an 8-point communiqué in his agreement to allocate a percentage of shares in Article 44 of the Constitution, and specified: In paragraph 1 and paragraph 5 of this communiqué, a special and continuous position for city cooperatives of justice shares It is considered that, unfortunately, after the recent release of the shares of justice, some or some organizations want to bury the cooperatives of justice shares alive, despite the position mentioned in the 8th paragraph of the Supreme Leader’s communiqué.

The inspector of the Justice Shares Union, emphasizing that the Supreme Leader of the Revolution also upheld the previous 8-point announcement in the three-point communiqué of 1999, added: “While no law or instruction has been approved to eliminate the role of city-owned cooperatives Is.

Aminikhah pointed out: According According to the laws of Article 44 and paragraph 13 of the resolutions dated 13/05/92 of the Supreme Council for the Implementation of the Policies of Article 44 of the Constitution, city cooperatives still have their place; The roles and positions specified by law for cooperatives include the identification and registration of shareholders, participation in the management of equity, and so on, and so cooperatives can still act as representatives of the people in assemblies, in addition to cooperatives that are new shareholders. Have bought indirectly can participate in meetings.

Unfortunately, some officials are trying to eliminate justice stock cooperatives

He pointed out that the instructions for preparing the entry of provincial equity investment companies into the capital market and the trading of their shares also stated that provincial companies participate in the meetings as representatives of shareholders and other people who buy shares also have the right to participate in the meetings. , Also said: paragraph 6 of an executive regulation of justice stocks approved in 1988 and paragraph 9 of an executive regulation of liberalization of justice stocks approved by the Supreme Stock Exchange Council in 99, have cited that the meaning of city cooperatives are cooperatives that according to article 35 General Policy Implementation Laws, Article 44, have been established, which confirm the continuation of the justice stock cooperatives in the justice stock structure.

“Unfortunately, some officials have neglected this issue for any reason and are trying to eliminate justice stock cooperatives, which were established one day by the leadership and can mobilize bases of the resistance economy in the most remote parts of the country to provide services,” said the inspector of the Justice Shares Union. Be to the people.

Aminikhah said that about 352 justice stock cooperatives in the country have created a capillary network to connect with indigenous environments and access to people in all parts of the country and has decentralized wealth and power, which can be used extensively to serve these cooperatives. To the people, especially the lower six deciles of the society, he stated: Article 8 of the 1985 communiqué of the Supreme Leader of the Revolution acknowledges that the implementation of the plan should not lead to an increase or continuation of tenure گری های The government should be transferred to the eligible companies.

He pointed out: “This is while since 1992, instead of introducing real representatives of the people to the board of directors of divested companies (investable companies), it is still the government that sends representatives to these companies, which is against the orders of the leadership and the laws.” Current country.

In another part of his speech, the Inspector of the Justice Shares Union pointed out that Note 7 of Article 6 of the Executive Regulation on Liberalization of Justice Shares, approved by the Supreme Council of the Stock Exchange, states that holders of justice stocks can represent natural and legal persons to participate in assemblies; He said: “Although justice stock cooperatives have the status of stock management according to the law, people who have just bought shares can even represent the cooperative or other real people to participate in the assemblies.”

Aminikhah stated that Article 16 of the Executive Regulation on Liberalization of Justice Shares, approved by the Supreme Council of the Stock Exchange, states that the sales companies are obliged to receive orders for the sale of justice stock holders and announce them in a consolidated form to the stock exchange trading system. It seems that the ownership of people’s shares has been questioned, why shouldn’t there be an opportunity for people to choose the type of stock they want to sell and the date and amount of the sale instead of selling it collectively? This is an issue that shareholders want to address.

He said: “It seems that one of the reasons for this is the haste in trading stocks and the lack of necessary infrastructure to do the job.”

The inspector of the National Justice Union reminded: “If the stock trading had not been hastened, many people who were less familiar with the culture of equity and stock trading would not be facing these challenges now, and the infrastructure would be provided over time so that people Benefit from having a real property.

Why was the trading symbol of some provinces reopened at higher prices?

In another part of his speech, Aminikhah pointed out that before the release of Justice shares, the value of shares of all shareholders was equal and everyone benefited from equal profits. He said: “People now ask this question when referring to cooperatives or contacts.” And they are looking for a clear, legal and fair answer as to why the shares of justice in a province like South Khorasan have a symbol with a price of more than 150 Tomans per share, while the symbol of the neighboring province is reopened with a huge price difference of even less than 100 Tomans?

He pointed out: Why is not this justice, which is equal at the starting point of the liberalization of stock values? What is the difference between the shareholders of provinces like South Khorasan and other provinces?

The salaries of the staff working in 352 Justice Shares Cooperatives have not been paid by the Privatization Organization.

The inspector of the Justice Stocks Union stated that the city justice stock cooperatives, which are located in 352 cities of the country, have been in direct contact with the people and shareholders for more than 14 years and have been working around the clock to register and create a database and transfer information to servers. The Central Bank of Justice in the Privatization Organization has been able to organize and register more than 49 million shareholders to perform their duties and managerial role in the management of shares by attending the assemblies of provincial investment companies, he explained: Why the Privatization Organization still has salaries, wages And has not paid the benefits of personnel employed in 352 justice stock cooperatives.

Aminikhah added: “Despite the fact that the leadership has stated in the communiqué of the year 1999 that the approvals of the by-laws are necessary for all bodies الاجراست However, the Privatization Organization does not enforce Article 14 after its legal deadline; However, due to the coronary conditions and the needs of the staff families, the payment of arrears has been delayed.