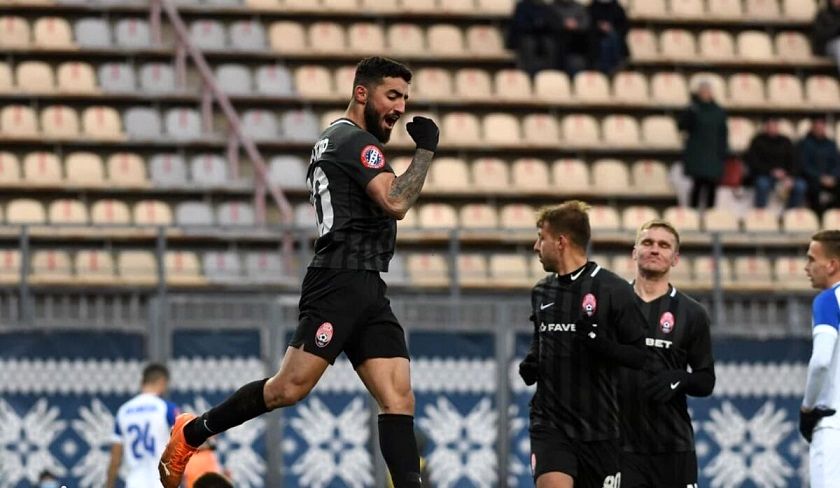 Al-Lahiar Sayadmanesh, a young and Iranian striker, was transferred on loan from Fenerbahce to Zorya Luhansk in Ukraine and has had an acceptable performance in Ukraine this season. Recently, the Turkish press reported that Sayadmanesh had an offer of 8 million euros from the Ukrainian team Shakhtar Donetsk, which was rejected by the president of Zorya Club.

A few days after the news broke, “Alexander Denisov”, one of the hosts of football programs in Ukraine, revealed the story behind his fisherman’s offers and announced that the Iranian striker has been noticed by Italian Serie A teams. This issue has caused a challenge between the two clubs Zuria and Fenerbahce in Turkey over the transfer of the Iranian striker.

“Allahyar’s story is interesting and even funny,” Denisov said. Fenerbahce bought the player but did not give him a chance to play. They bought a capable footballer but did not have a picture of him. So he owes Zorya. A one-and-a-half year lease with a permanent purchase option of 2.5 million (possibly Euro). At that moment, no one at Fenerbahce Club seriously counted on his fisherman.

Zuria does not even pay the full salary to Allahyar. Zorya 10 and Fenerbahce give 20,000 to this player. There is now serious interest in his catch from Italian Serie A clubs. Prices range from 5 to 7 million (probably euros). Aware of this interest, the Turks asked Zuria to return the player, but Zuria is also aware of this interest and offers and does not intend to return his fisherman. Zuria wants to pay the same amount of 2.5 million to Fenerbahce (permanent contract clause). “In that case, the hunter could be sold for two or three times the price.”

In another part of his speech, Denisov praised his fishing skills and his goal-scoring abilities, speed and assists, saying: “The fishing team has the potential to progress and is therefore sold at a high price. The only question is that the Turks announced that the fisherman could be sold to Shakhtar for 8 million euros. “This news has not been confirmed because Shakhtar has no plans for such a transfer.”