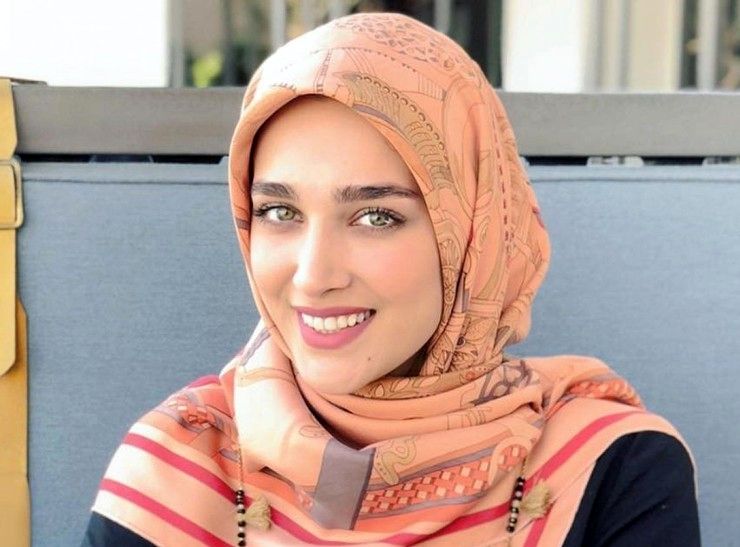 Ms Anashid Hosseini These days, like the actors and singers who have recently been marginalized abroad, he revealed the issues and margins of his relationship with Hassan Agha Miri in his latest Instagram live.

Anashid Hosseini He said: I really wanted to say this here that, for example, I have this scarf now, I do not want to say that we are a good person or someone who is without hijab is definitely not a bad person and… ..

Anashid Hosseini and his wife

Ms. Hosseini works in the field of modeling and clothing design and is known as a veiled model in cyberspace and the fashion industry.

She is Seyedeh and is one of the Iranian models with hijab who has entered this field.

Anashid has been introduced as the best fashion designer in this field due to its pure and unique designs.

Due to her activity and is active in clothing design, but she publishes most of the clothes on her own as a model, but she still says that she does not like to be called a model.

Ms. Anashid was a guest on the show and explained about her job, saying that she had a special interest in fashion and clothing design since she was a child.

Married to Mohsen Moradian, son of the Iranian ambassador to Denmark

Some time ago, Anashid Hosseini got engaged to Mohsen Moradian, the son of Morteza Moradian, the Iranian ambassador to Denmark, who celebrated their wedding during a lavish ceremony in Denmark with the presence of a number of famous political figures.

The wedding ceremony of Mohsen Moradian, the son of the current Iranian ambassador to Denmark, with the Iranian model, has caused a lot of controversy in the media and cyberspace, and sharp criticisms and reactions from users and some media outlets have been directed at him. .