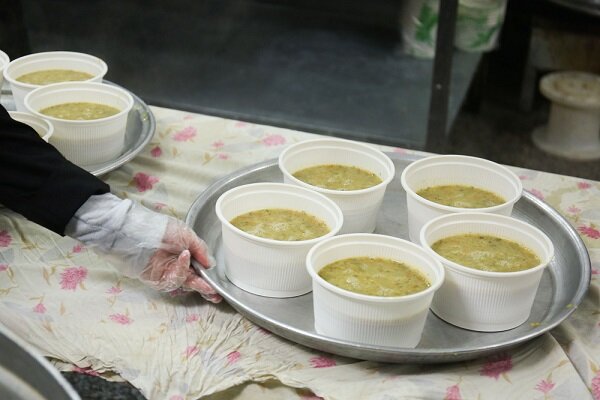 He added: One of the main Most The steps that started from the very beginning were cooking for Coronary patients.

The head of the women’s committee of the Shahid Soleimani jihadi camp added: In the Nazr-e-Ash plan, a team of 8 Individual, Three days a week in a central kitchen, they cooked 150 kilos of soup a day for Cronian patients.

He stated: These ashes through the teams present in 13 neighborhoods گانه It was distributed among coronary patients.

پرپایی He continued: “Holding the Yalda Zeinabi project was another measure that was implemented by 11 girls’ educational groups for families with girls in need and more than 500 livelihood packages were distributed among these families.”

He added: “Also at the same time as Nurse’s Day and with the help of Atbat Aaliyat Reconstruction Headquarters, attending the provincial hospital, the efforts of health defenders were appreciated and more than 200 gift packages were given to these hard-working and hard-working defenders.” کوش Dedicated.

The head of the Women’s Committee of the Shahid Soleimani Jihadi Camp continued, referring to the implementation of the shrine sustenance plan: A number of home shrines were closed due to the spread of the corona, so by identifying the people who held the monthly shrine, Bring we did.

He stated: A prayer meeting was held on Instagram and the vows were collected Bring It was distributed in the form of 60 livelihood packages among the needy.

پرپایی By implementing the “Book kindnessHe pointed out and added: in this plan, first a call was held with the title “I sang, you sing too” and books Read among families Bring we did.

He said: “These books have been categorized and will be distributed in the form of mobile buses between deprived neighborhoods and families from Tuesday with the cooperation of the municipality’s cultural and sports organization.”

The head of the women’s committee of the Shahid Soleimani jihadi camp stated: This project will start in the southern neighborhoods of the city and will continue in the suburbs.

He said: “Teaching jihad plan is another measure that is offered to teach students deprived of tablets and phones so that these students do not fall behind in class.”

پرپایی In the end, he reminded: Our whole goal was in the camp of Shahid Soleimani And Committee Let women play a role in creating a strong connection with these 13 neighborhoods وبتوانیم Meet all the needs of the neighborhood In the committee Let’s eliminate women culturally.