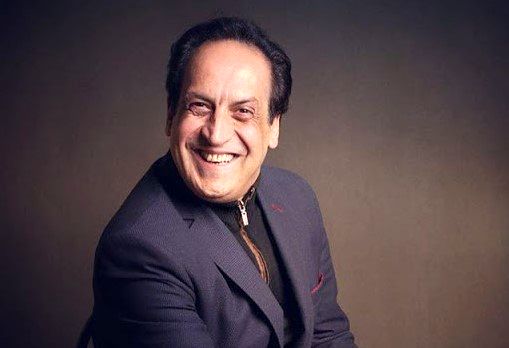 TV presenter Bahman Hashemi said in an interview with Borna: “After the introduction of technology into human life, the official media have always been in competition with them until today, when the mobile phone itself is a mobile media; In the past, when you came home from somewhere, the first thing you did was turn on the TV and then move on to other things, but today this is no longer the case and you are busy with your mobile phone.

Hashemi pointed out: “Today, Mons mobile phones are with people. If you lose your mobile phone, you will feel sad as if you have lost your Mons.” That’s why any program can be made in cyberspace, whether you like it or not, and you just need to know, as a content producer, what people need today and what content they are looking for.

He added: “Today, more than anything, people want to have fun with their mobile phones, in addition to communicating with different people, so that they can forget about economic problems, coronas and sanctions for a few minutes.” In any production medium, a work must be done with the approach that the producer first of all pays attention to what programs today’s society is looking for. In my opinion, television continues to play an important role in this and has a larger audience; This may not be the case in Tehran or the big cities, but in our villages, people certainly still turn to television more than any other medium, because television is more accessible and free, but cyberspace is not.

The presenter continued: “Television is free and has programs according to different tastes. If a person wants to watch a series, he can refer to television. News audiences, documentaries, family programs, sports competitions, etc. can also watch their desired works in” Find TV. In our culture, it seems that the more you pay for a product, the more valuable that product is, and that is why programs are taken so seriously in cyberspace.

He added: “Currently, we are witnessing an increase in cyberspace and television programs with the performances of actors and singers. It seems that the outbreak of the corona virus and the resulting closures have increased unemployment in this group and they are also trying to plan to escape unemployment.” And experience being a performer; There is nothing wrong with that, and I do not see any problem with that, but the difference between acting and acting is a proven one; The actor should not look at the camera and the performer should happen to speak to the camera, communication with the audience in the acting profession is eye to eye and the problem is that we have not yet realized these differences.

Hashemi said about the decrease of TV audiences: “Television all over the world has reduced its audience compared to previous years. With the filling of cyberspace in the lives of TV people all over the world, it lost many of its audiences and this is only relevant.” Not available on our TV. All national media have restrictions, and this is not only relevant to our country, in our television, if there are no restrictions, because of our culture and lifestyle, society will definitely protest; I was suspended from a show after saying goodbye and cursed a lot, people do not accept many things, even a simple thing like suspending the presenter, and television can not push its limits.