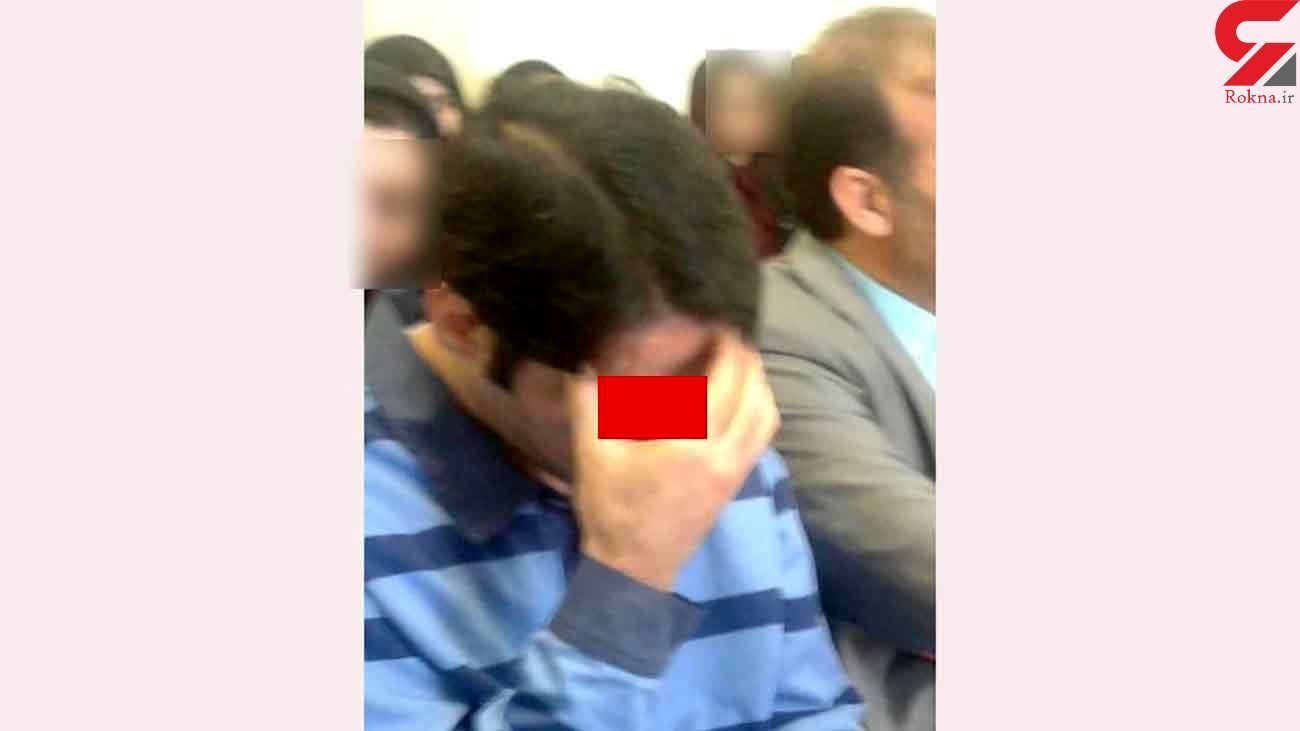 On the evening of January 1, 2008, a 35-year-old man named Hamed called the Nazarabad police and reported the murder of his 32-year-old wife, Mojgan.

Police officers went to the man’s house and found his wife’s bloody body in the bathroom, which had been cut off his throat and he had been stabbed several times.

Hamed’s sister, who was scared and was there, told the officers: I came to my brother’s house to visit them, but I was upset with my brother. He told me that he had killed Mojgan, my brother’s third wife, in the bathroom. I did not believe. But when I went to the bathroom, I came across the bloody body of my brother’s wife and asked my brother to call the police immediately.

Following the young woman’s statements, Hamed confessed to the family crime and was arrested.

The young woman’s body was taken to forensic medicine, and experts said she was three months pregnant.

He continued: I tried to calm him down but he couldn’t. Even Mojgan punched me in the side and then went to the bathroom. I got angry and went to the bathroom to talk to him. But my wife started swearing. Losing control of my nerves, I picked up a kitchen knife, struck him several times, and then cut his throat.

The brutal murder of a pregnant woman in the bathroom

Following the confession of the violent man and the reconstruction of the crime scene, he stood trial in Branch 113 of the former criminal court of Tehran province and was sentenced to retaliation at the request of my parents.

The verdict issued in Branch 15 of the Supreme Court of Mehr was confirmed and finalized, and Hamed was able to satisfy his parents after 11 years and return to life.

The man stood at the trial table in Branch 10 of the Criminal Court of a Tehran province and told the judges: “I had no problem with my wife and they were interested in her. We had been married for six months and I did not know my wife.” She is pregnant.

He said about how to satisfy the parents: “Mojgan’s parents decided to retaliate against me anyway, but with the efforts of my parents, they agreed. I was able to satisfy the parents by paying 450 million tomans and return to life.” I have been in prison for 11 years now for murder and I am now 46 years old. I know I have made a big mistake and I have suffered a lot in 11 years and I have been punished enough. Now I am asking the judges of the court to reduce the sentence so that I can be released sooner and be able to see my daughter again.

At the end of the session, the judges went into a frenzy to vote.