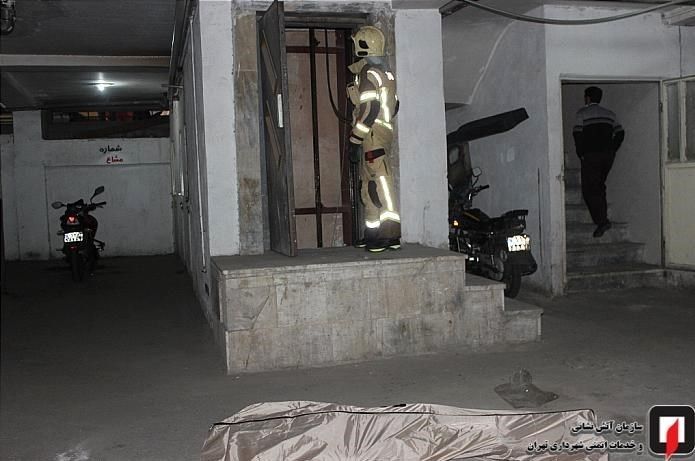 At 16:15 yesterday, the residents of a residential building located on Dastavareh Blvd., Yasin St., called 125 and reported that a person was trapped in the elevator car. After receiving information, the Tehran Fire Brigade Command immediately informed the firefighters of Station 9 and the team. He sent 17 rescuers to the scene.

Ahmad Ali Zare Teymouri; The ready officer of Tehran Fire Department’s Seven Operations Zone explained the details of the incident: When firefighters arrived at the scene, located in a five-story, 20-unit residential building, a 40-year-old woman was trapped between the elevator car and the parking lot for unknown reasons. He is completely anesthetized.

The tragic death of a young woman in an elevator

He added: “After the power outage of the elevator, the firefighters, observing safety measures, leveled the elevator car in the parking lot of the building and then took the injured person out of the car.”

The firefighting officer continued: “After the firefighters removed the person, the emergency forces examined the initial medical examinations, which, after performing the necessary examinations, unfortunately confirmed and announced the death of this person.”

According to news site 125; In addition to fully securing the scene, firefighters provided safety tips to residents for proper operation, as well as the necessary care when using the elevator, and handed over the body to a forensic pathologist to investigate the cause of death.