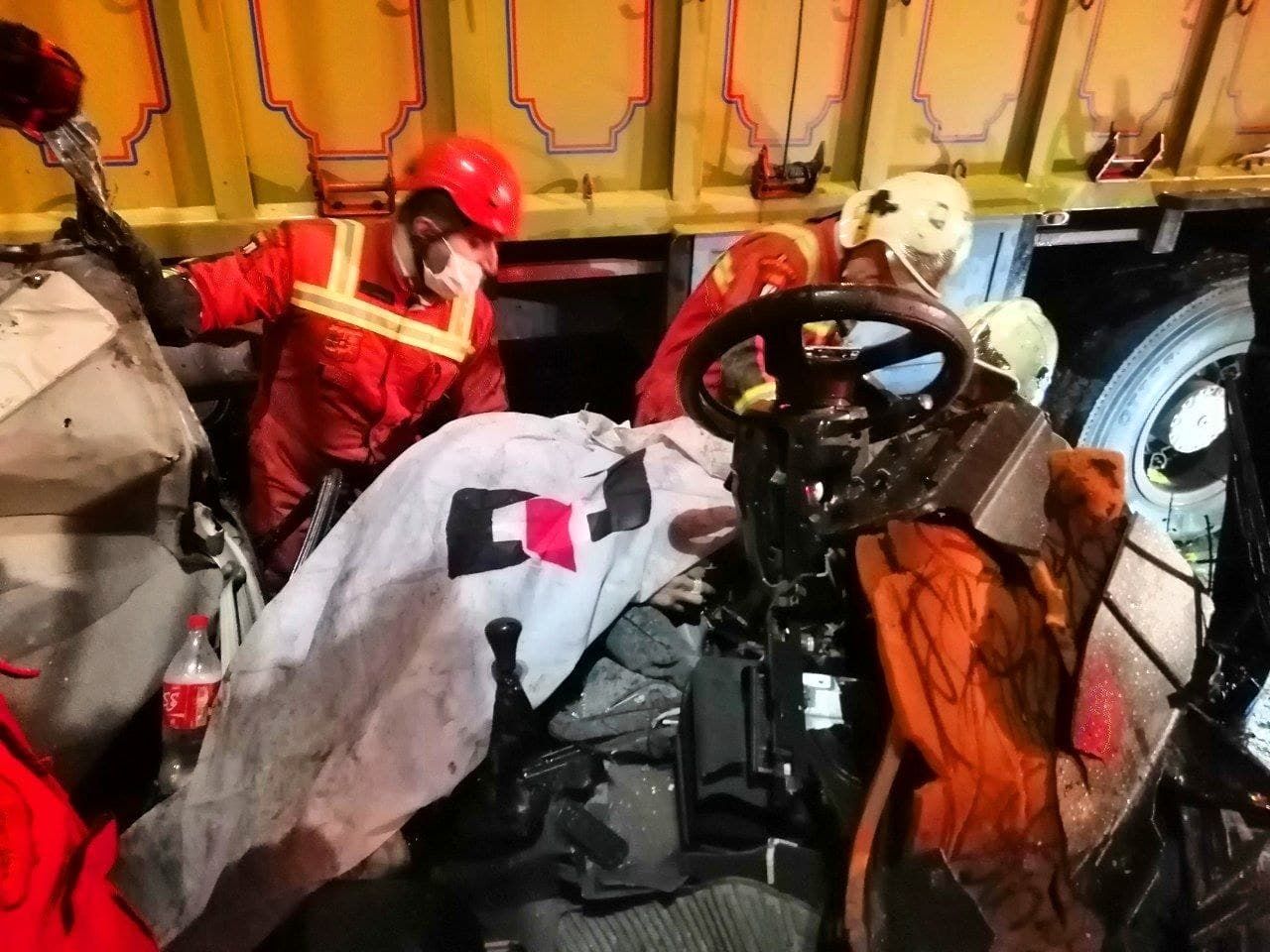 Maleki explained about the accident of a truck with a Pride car on Imam Ali Highway.

He added: “It was observed at the scene that a 1921 truck collided with a Pride car due to unknown reasons.”

A spokesman for the Tehran Municipality Fire Department said: “As a result of this accident, the truck deviated from the route and after colliding with guardrails and breaking a few trees, it crossed the roadside and stopped at the concrete wall.”

“The Pride car was completely under the truck and there was nothing left but the fender, and two people were trapped under the pieces of iron and there was no access, but the firefighters started the operation under the same conditions,” Maliki said.

A spokesman for the Tehran Municipality Fire Department said: The scene of the accident was handed over to Rahoor police officers to investigate the cause of the accident, and the firefighters’ operation ended at 04:05 in the morning.