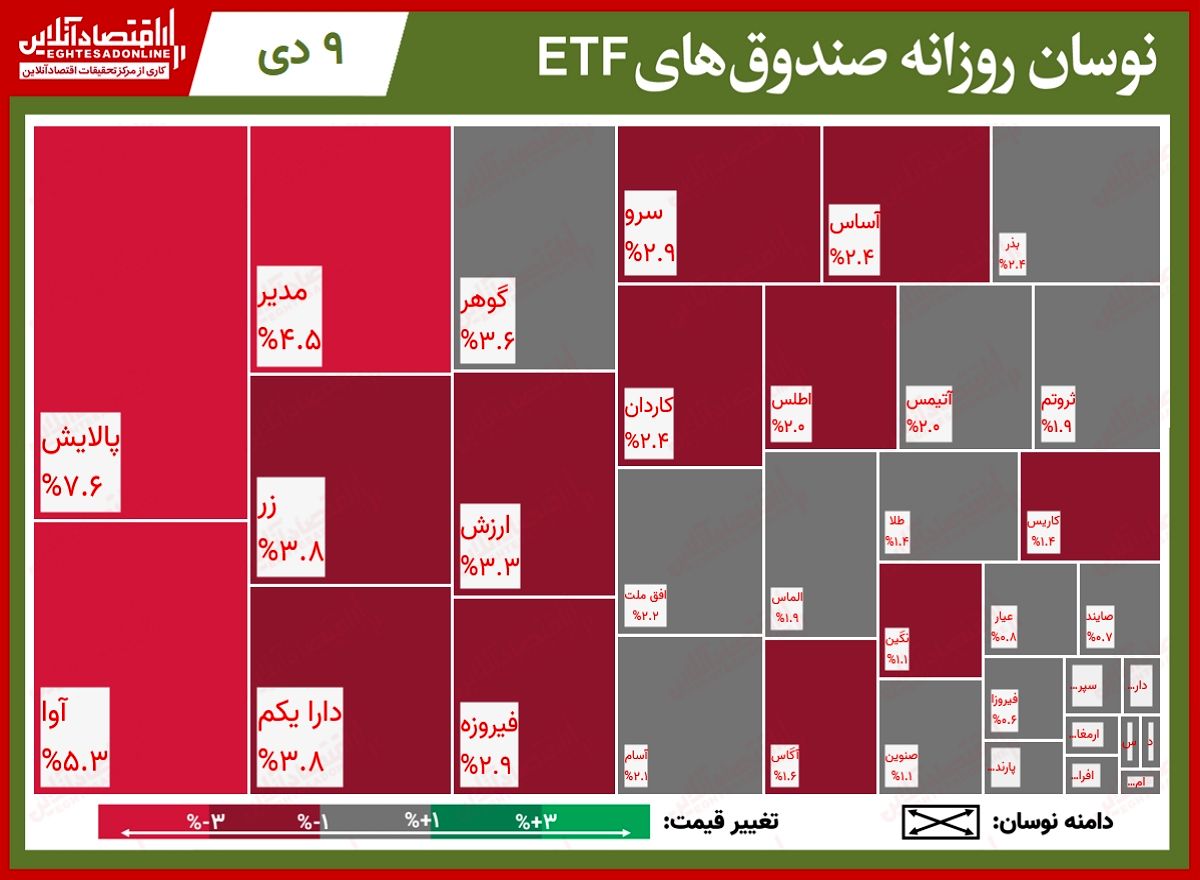 EconomyOnline – Amir Mehdizadeh; Kamand (Kamand) fixed income fund accounted for the most transactions today, followed by the first refining fund (refining), which was named the second most traded fund. Etemad Afarin Parsian (Etemad) Fund was also in the third place with the highest value of ETF funds.

Holders of Parsian Wealth Investment Fund (Wealth) saw a 0.7 percent increase in their assets, but on the other hand, the owners of the “Refining” fund suffered a loss of 3.9 percent in one day. Also, today’s excitement caused the biggest price fluctuation (7.6%) in relation to the first refinery to play a role in the trading table.

The two financial intermediation and refining funds together had a 42.7% share of the transactions of tradable funds and also about 8 billion tomans of real money outflow.