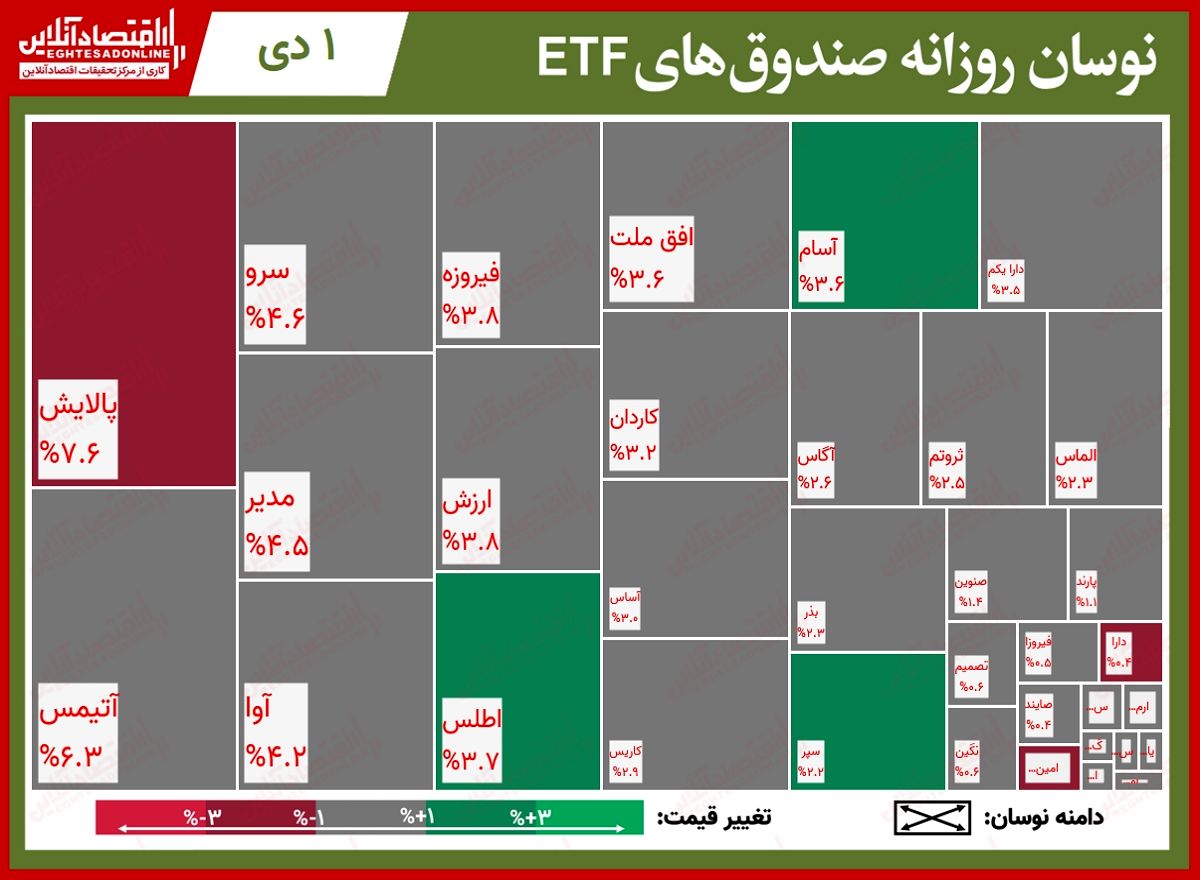 Holders of the Future Development Investment Investment Fund (Atlas) saw a 1.3 percent increase in their assets, but refinery fund owners lost 1.9 percent overnight. Today’s excitement also caused the biggest price fluctuation (7.6%) in relation to the first refinery to play a role in the trading table.

The two financial intermediation and refining funds together had a 35.6% share of the transactions of tradable funds as well as 340 million Tomans of real money inflow.