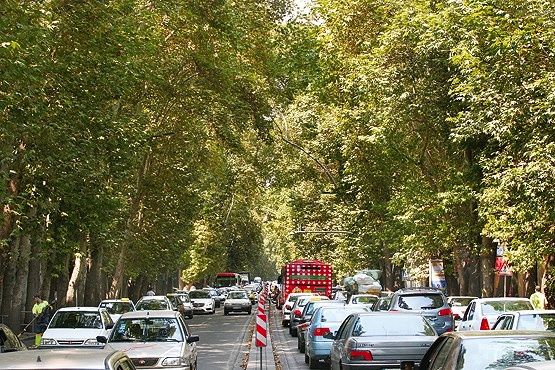 According to Eqtesad Online, quoted by ISNA, lighting in the city is used in the design of interior and exterior beautification and in order to identify the urban space. In recent years, the city of Tehran has hosted lighting filaments and almost everywhere in the city. These colored threads can be seen, but after a while, the way of lighting the city found critics and some experts complained about the type and manner of implementation, although the secretary of the health committee of the city council believes that if a comprehensive plan for lighting is developed in Tehran, It is prepared, these problems will be solved and we will reach a standard method for light decoration of trees and passages in Tehran.

Fatemeh Karimi about the effect of light on the growth of trees in the capital, referring to studies conducted by the municipality and city council, says: “Studies have been done on the direct and indirect effects of urban lighting on the growth of trees, and in this study on the effect of lights.” The lighting of the passages, which have been lit and active in the streets of Tehran for many years, has been studied.

He adds: “From the distant past, the lighting of the streets and alleys of the cities has been provided by electric light poles. In recent years, the standard light level of these poles has been determined, which does not damage the trees and the light of the roads is limited.” Adequacy is ensured as studies have shown that the amount of light in these lights is standard.

The secretary of the health committee of Tehran City Council, emphasizing that light in the city is necessary for better traffic and security at night and can not be removed, says: We have to use light in the city, but we need light that goes to the tree As a living thing, it shines according to standards to reduce the negative effects of continuous lighting. However, in some leading countries, their street lighting is not routinely the same for 12 months of the year, and at certain times of the year, while respecting their trees, they make changes in the amount and type of light emitted.

Karimi continues by pointing to the lighting between the trees: The decorations between the trees have a negative effect, because even if the amount of light emitted from them is less than the standard, but due to the flow and passage of electricity on the body of this living thing can have negative effects. It can be destructive, but it is possible to reduce the destructive effects on girls by applying time constraints, such as lighting on holidays or special occasions, and by observing light protocols. Provided that the standards are strictly observed and monitored.

The secretary of the Tehran City Council Health Committee, emphasizing that we should remember that trees are living organisms and the amount of light used for trees should be limited, says: “According to the physiological system of trees, they begin to repair and make cloves during the night. At night, we humans need to stop lighting and simulating light and allow the plant’s biological process to take place naturally rather than artificially, and we can help trees grow naturally by reducing light or, at best, cutting off light. Have.

He continues: Of course, in Tehran, a kind of lighting was done for Valiasr trees, which was carefully examined due to the dangers it could cause to the life of the trees, and you must have seen that some lights were used to illuminate some of the trees on Valiasr Street. Under the tree and the light shines on the trees from below, which is done between Parkway and Tajrish Square, while this method poses a risk to the trees.

He adds: The trees of Valiasr Street are the historical identity of Tehran and the fame of this street is due to the biological value of its sycamores. In this period of urban management, there is a lot of sensitivity on this street and therefore due to the ambiguity of lighting effect on the trees Avenue; The beautification organization was asked to stop the lighting and turn off the lights until the effects of light on the life of the trees in this area are further investigated. Of course, this organization also spends only one to two hours a day on the beauty of this part of Valiasr Street, and then turns it off to continue the natural course of tree life.

Referring to the importance of lighting in the city, Karimi says: “Considering that lighting is very important in cities, but we see that a general instruction that has local and thematic attachments and shows us, for example, an important historical space or park on occasions.” We do not know how to decorate it with light, and we see that a scattered instruction has always been issued with urgency and for different occasions, and its proper implementation has not been monitored.

He says that the lighting committee has been formed in the beautification organization for some time based on the approval of the Tehran City Council, and one of its most important priority missions is to formulate a “comprehensive lighting plan”. Urban places should be developed that affect the light according to the use of each point, ie in bridges, historical spaces, parks, passages, etc., lighting should be done in a way that is both standard and values ​​and characteristics. Show everyone the specific structure or location,

He believes: the lighting of a historical place should not be like the lighting of a park or a bridge, so in the comprehensive lighting plan of Tehran, all these factors and components are considered to write a special instruction for them.