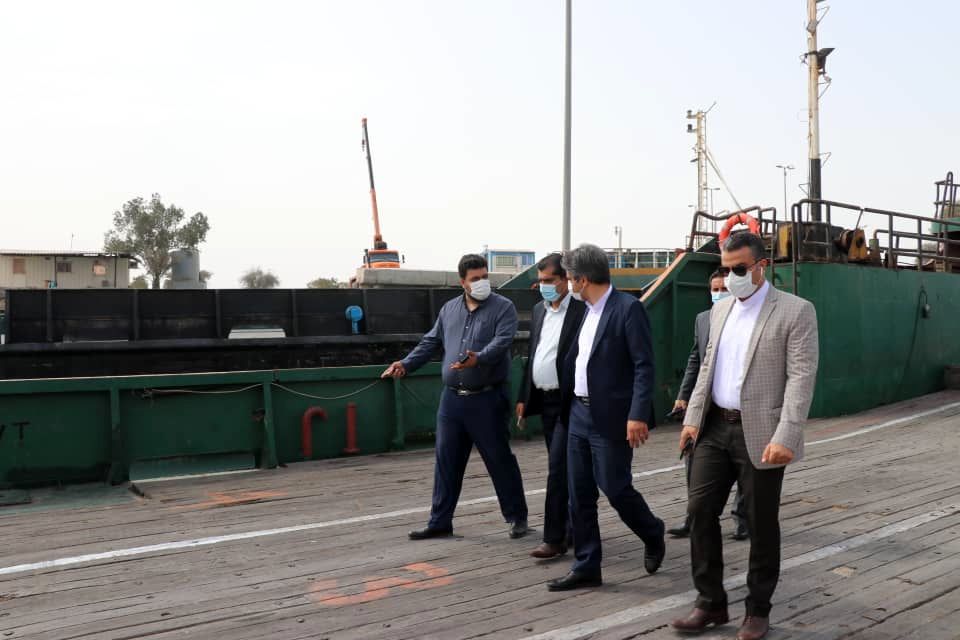 Pahl port is considered as one of the functions of the central part of Khamir city in terms of country divisions, and passengers traveling to Qeshm Island by private car should board the landing craft by car in Pahl port, and after traveling from this port to Laft port. , Enter Qeshm Island.

The purpose of the visit of Morteza Sheikhzadeh, Deputy Minister of Culture, Social Affairs and Tourism of Qeshm Free Zone Organization to these wharves is to investigate the numerous complaints of travelers about the way of providing services in Pahl port.

According to this report, during the meeting between the Deputy Chief of Staff of Qeshm Free Zone Travel Services and Mir Hashem, the Governor of Khamir city asked for these complaints and an expert team consisting of representatives of Qeshm Free Zone Organization and Khamir County Governor’s Office to investigate the pathology of these cases and the results. Notify the competent authorities.

It is worth mentioning that this visit coincided with the year of delivery and Morteza Sheikhzadeh, Deputy Chief of Staff of Qeshm Free Zone Travel Services, visited Laft and Pahl wharves and met with the Governor of Khamir, Hossein Rafiei, Chairman of the Disciplinary, Security and Traffic Committee. And Ali Mowqar, the head of the housing and welfare committee of this headquarters, accompanied him.