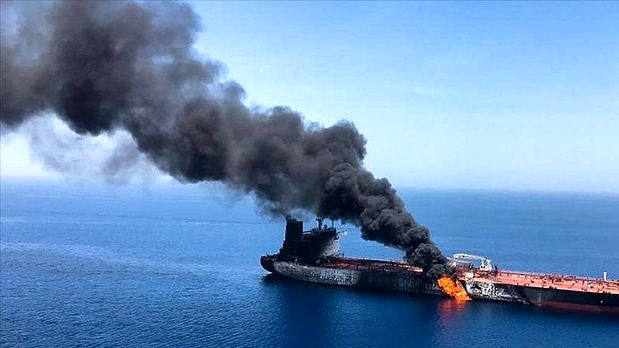 The source condemned the attack, saying it occurred shortly after the attack on another ship in the al-Shaqiq area and fuel distribution facilities in northern Jeddah, as well as the liquid fuel unloading platform at the oil distribution station in Jazan.

The source claimed that these “sabotage terrorist acts” are against Saudi Arabia’s vital facilities, against the security and stability of fuel transit to the world and the global economy. These maritime measures and the security of oil exports and trade freedom, as well as the threat to the coasts and waters of the region have a devastating effect.

He added: “Today more than ever, the world is in dire need of support and standing in line against these acts of sabotage, and we must take precautionary measures against the perpetrators and their supporters.”

Hafnia Shipping Company also announced that its tanker was targeted in front of the Saudi port of Jeddah.

The tanker captain told Al-Arabiya that small boats were spotted off the coast of Jeddah port before the explosion, and that the cause of the explosion was unknown and was outside the tanker.

The ship’s captain said a report released by the tanker owner’s company emphasized that the explosion was caused by external factors and that one of the tanker’s tanks was damaged.

The company had previously announced that the Singapore-flagged TW tanker had been targeted by a foreign explosion and exploded while unloading cargo, extinguishing the fire crew.