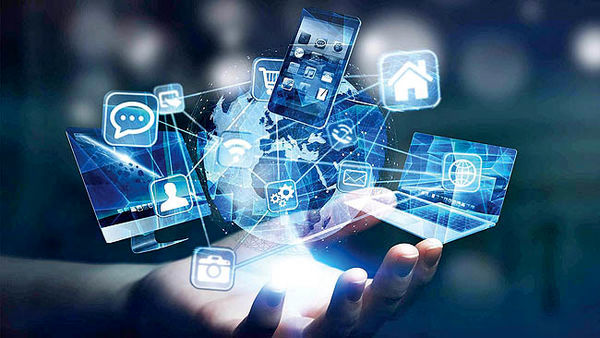 In this report, the current state of digitalization of countries and the speed of this event in the period of 12 years from 2008 to 2019 are measured and countries are divided into four regions in terms of digital development.

Standout Economies; The main feature of this development is the high level of digitalization and the continuation of the high speed of progress in this field. The group includes South Korea, Singapore, Hong Kong, the United States, Estonia, Taiwan and the United Arab Emirates. The priority of these countries’ actions is to focus on the development of digital consumer tools, for example, e-commerce, digital payments, entertainment, as well as the development of specialized human resources and the export of digital goods and services.

Break Out Economies; The main feature of this digital infrastructure is limited to the prospect of high-speed growth.

The group includes China, Indonesia, India, Kenya, Vietnam, Bangladesh, Rwanda and Argentina. Also, the priority of these countries’ actions is to focus on creating high-speed and cost-effective Internet access, and equal access to digital tools, education, and the strengthening of digital institutional environments.

Stall Out Economies; The main feature of this section Digital Economy Adults with low growth prospects and countries in this group are EU member states.

Here are some steps you can take to begin the process of preparation for mediation: Paying attention to legislation, regulation, and investing in support of innovation, privacy, and attracting professionals with digital skills are the most important factors.

Stall Out Economies; The main feature of this shortcoming is in digital capabilities and low development in the future, and it has been used in Africa, Asia, Latin America and South Europe. The priority of this group of countries is to focus on investing in digital technology development infrastructure, creating a suitable institutional environment and creating digital access for the disadvantaged population.

Part of the report states: The level of digital evolution, one of the components of measurement Economic resistance Countries. Developed digital economies get more of their GDP from high-tech sectors, and telecommuting is easily possible. These economies perform better in providing online services due to better infrastructure, digital transformation experience in many sectors of government and internet available and cost-effective, and can help reduce disruptive factors in the country’s economy in times of crisis.

South Korea and Taiwan are excellent examples of high-end digital evolution countries that performed well during contact correction through contact tracking, data collection, and public health messaging. But this positive performance is not limited to countries with high levels of digital evolution. Vietnam, for example, suffered less than expected from the devastating effects of the corona on its economy, despite the low level of digital development and only through the government’s aggressive precautionary measures. Britain, on the other hand, experienced a similar economic collapse to India and Rwanda with a fully digital and evolved economy.

In this study, several other long-term trends in digital evolution by the most successful countries are: more attention to data privacy while creating free data flow, necessary but insufficient mobile Internet access and a balance between innovation and fair distribution of access to the pillars of innovation In the society.

It is also stated in the final part of the report that although there is no single version for the digital development of countries, but the study of the development path of successful economies in this field can be partly as a model for future decisions of countries. Singapore, Estonia, Taiwan, and the United Arab Emirates, for example, have been able to create effective digital ecosystems through a combination of strong institutions and investment to attract global capital and talent. Using their digital strengths during the Corona crisis, these countries are experiencing economic flexibility, and despite the small size of such economies, they can be a model for other countries.