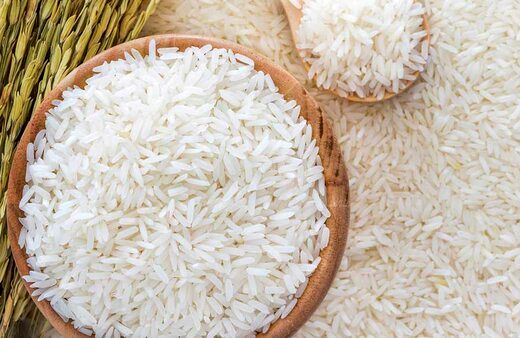 The main food of a part of the world’s population is based on bread and rice, now we have to see what effect these foods have on health.

In many developing countries and poor communities in developed countries, rice is a major source of vitamins and protein in addition to providing energy.

In Bangladesh, Cambodia, Indonesia, Myanmar, Vietnam, Laos and Madagascar, a total of 600 million people get half of their daily energy and protein needs from rice.

In this report, we briefly describe the consequences of consuming rice in the diet.

1- Feeling of inflammation in the body

There are many different types of rice grown around the world, and some can cause inflammation in the body.

According to experts, white rice is a processed form of brown rice, which converts white rice into a simple carbohydrate that is rapidly broken down in the body and converted into energy.

These types of processed carbohydrates create an inflammation-like state in the body and cause more water to be absorbed into the tissues.

According to experts, in order to prevent this condition, it is better to use brown rice in cooking.

The unique nutrients in rice make you feel full for a long time and this feeling is created immediately after it enters the stomach.

Rice, especially brown rice, is high in fiber. This fiber facilitates the functioning of the digestive system.

Because rice is high in carbohydrates and all carbohydrates are converted to sugar, blood sugar rises shortly after eating rice at one meal. Of course, the amount and speed of this increase in blood sugar depends on the type of rice.

If the rice is cooled after cooking and then consumed, the starch in it becomes resistant starch and some of it reaches the large intestine undecomposed.

This starch nourishes the beneficial bacteria in the gut. Resistant starch can also cause high blood sugar; But this process occurs more slowly and gradually. Adding vinegar to rice also slows down the process of absorbing sugar into the blood.

Fiber boosts bowel function, but eating too much low-fiber cereal, such as white rice, can lead to constipation.

About 30% of the world’s population suffers from constipation during their lifetime, and this complication is exacerbated in some medical conditions such as chemotherapy, the use of certain medications, and pregnancy.

Constipation is more common in the elderly and women.

Eating foods high in fiber, drinking enough water, eating at least five servings of fruits and vegetables a day, and eating foods rich in probiotic bacteria are the most important ways to fight constipation.

During processing, white rice loses its bran and husk, which contain important vitamins and nutrients, including vitamins E and B.

As a result, it is digested faster in the body and therefore makes you feel less full.

As a result, its consumption increases with each meal, which in turn leads to weight gain.

The easiest way to prevent this situation is to pay attention and control the amount and frequency of rice consumption in meals.

Currently, about 61% of adults are overweight or obese and have a high body mass index.

They also determined the digestibility of each of these products by simulating the environment of the pig’s gastrointestinal tract, including the small stomach, large stomach, and intestinal microbes.

The amount of starch, lignin and fiber in these products varies considerably, but the main carbohydrate in all of them is arabinosylen, which is a complex fiber consisting of two types of sugars, arabinose and xylose.

Of course, the amount of these two types of sugar in rice grains and each of its by-products is different, and this difference to some extent affects the function of fibers in the body.

In the simulations, it was found that brown rice and semi-grain rice are better digested than other types of rice.

It was also found that high-fat bran, lean bran and rice prepared for paddling have the highest amount of indigestible fiber.

Humans around the world consume rice as part of their diet.

Knowing the chemical structure of the fibers in this food makes it possible to identify those intestinal microbes that are involved in the digestion of this substance.