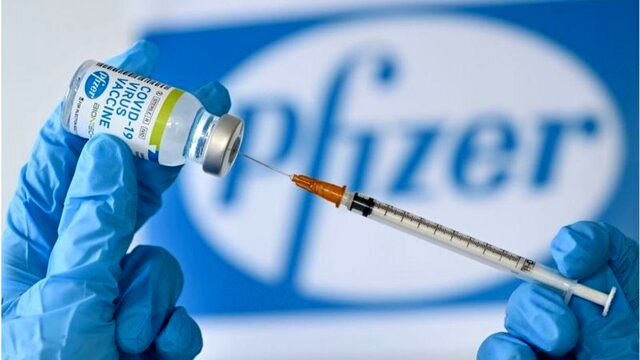 Belgian Foreign Minister EU agreed purchase prices Corona vaccines Revealed. Sophie Williams posted a list of prices and quantities of vaccines purchased by the European Union on her Twitter page and deleted the information from her page shortly after. However, the published information was removed from the page of the Belgian minister and reflected in the world’s major news media. According to the contracts of vaccine companies, the purchase price should not be disclosed by the purchasing countries. According to disclosed price statistics Modern vaccine It is estimated to be 20% more expensive for the European Union than for the United States. Because the EU has jointly negotiated vaccines on behalf of its members, similar prices apply to all 27 member states. Evidence also shows that the United States bought the Pfizer vaccine 24 percent more expensive than the European Union. At present, all countries of the world are seeking widespread vaccination, and there is a great deal of effort being made to ensure that all countries have access to vaccines for vulnerable people. However, vaccine prices have been classified as trade secrets all along. The secrecy clause of price information is probably in the best interest of manufacturers, as it makes it easier to change prices from one country to another.

The Belgian foreign minister confirmed the accuracy of his tweet, saying that the figures came in the face of opposition figures claiming that the Belgian 2021 budget did not allocate any money for the vaccine. Drug pricing depends on a number of factors, including volume discounts and other promises made by governments when signing contracts.

Oxford-Astrazenka: According to the Bernstein Institute, the United States will pay $ 4 for each dose of Oxford-Astrazenka vaccine under development. This figure is 45% more expensive than the EU price of 1.78 euros. Although the United States has spent $ 1.2 billion to help develop Oxford research into the vaccine, it is paying a higher price. The vaccine makers have said they will not comment on specific agreements. It has previously been suggested that the cost of each dose of Oxford-Astrazenka vaccine is expected to be between $ 3 and $ 5, depending on the cost of production. But it is not clear why the makers of the vaccine have agreed with the European Union on a much lower figure of $ 2.19.

Moderna: The modern vaccine, which is manufactured in the US state of Massachusetts and receives $ 2.5 billion in orders from the United States government, is 20% more expensive for Europe. Each dose is $ 18 for the European Union and $ 15 for the United States. According to US government statistics, the company has donated $ 4.1 billion to the Corona vaccine. In these comparisons, it should also be noted that drugs and vaccines have traditionally been more expensive in the United States.

The vaccine from Sanofi and GSK, as well as Johnson & Johnson, is cheaper in Europe than in the United States. The Johnson & Johnson vaccine sells for $ 10 in the United States and $ 8.5 in the European Union. Of course, this vaccine, unlike other vaccines, should be given to people only once. The European Union has also bought the Sanofi and GSK vaccines cheaper than the United States. Prices of $ 9.3 for Europe and $ 10.5 for the United States are 11 percent lower for European countries. A spokesman for the European Union told a news conference that everything about vaccines and prices was kept secret by contract clauses. He noted that the protection of price information is in the interest of society as a whole, as well as in the ongoing negotiations with other vaccine companies. The UK, which is not part of the European Union, has supplied 357 million doses of seven different vaccines, including 40 million doses of Pfizer-Bionotec, which was approved for use in the UK before the rest of the world. A British government spokesman said the cost of each vaccine purchased by the government had been negotiated on a case-by-case basis and its value had been assessed. The UK, like the EU, has already paid a significant amount of money to help produce a number of vaccines, including Astraznka, so the final prices for these vaccines will be lower. The European Union has reportedly purchased nearly 2 billion doses of corona vaccine from various companies. Europe has received 200 to 300 million doses of six different vaccines and 80 million doses from Moderna. Several countries, including Germany and Hungary, have purchased additional vaccines in addition to the EU program.