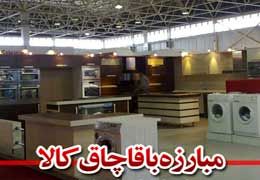 According to Borna Azarbayjan-e-Gharbi, Sardar Massoud Khorramnia said: “Makoo police officers put the issue on their agenda after receiving information about personal activities in the field of cloth smuggling.”

The police official added: “By carrying out intelligence measures, the location of the depot was identified and 510,000 meters of spun cloth (medical application with antibacterial properties) were discovered during the inspection of the desired location.”

He added: “According to experts, the value of the discovered goods is estimated at 25 billion rials.”

The police chief of West Azerbaijan stated that one of the accused was arrested in this connection, adding that the accused was handed over to the judicial authorities after a preliminary case was filed.