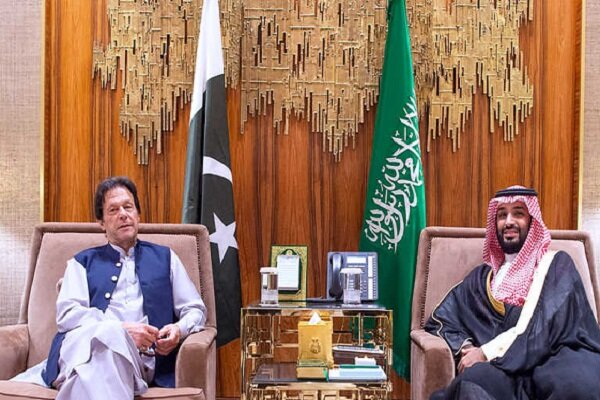 Mehr News Agency – Bin Group International: What can be seen in the media of the Arab world and its economic pages is a political sign of the crisis between Saudi Arabia and Pakistan, which has reached the stage of severing relations.

Disputes between Pakistan and Saudi Arabia in April 2015 when the Pakistani parliament Vote It started because there was no military intervention in the Yemeni war, because Riyadh wanted Pakistan to participate in the war against Yemen through warships, fighters and military deployment, which Islamabad opposed Riyadh’s request.

Apart from that, the change of power in Pakistan and the isolation of the Saudi allies in Islamabad and Roy Efficiency People who do not have strong ties with Riyadh in creating a rift between Saudi Arabia and Pakistan Effective have been.

Another point is that the Saudi rulers do not follow the old way towards Pakistan, and the current rulers, King Salman and Muhammad bin Salman’s son, are pursuing a different foreign policy than before. The crisis between the two countries follows Riyadh’s unilateral decisions on Islamabad, which include the expulsion of Pakistani workers over the past two years.

Saudi Arabia is the largest exporter of oil to Pakistan and also a major market for Pakistani products. About two million Pakistanis work in Saudi Arabia, and the foreign exchange sent from Saudi Arabia to Pakistan is $ 4.5 billion a year.

Saudi Arabia also has military cooperation with Pakistan. Pakistan has one of the most powerful armies in the world and is the only Islamic country with a nuclear weapons capability.

Pakistani Prime Minister Imran Khan made his first official visit since taking the oath of office, visiting Saudi Arabia, where reports at the time suggested that Imran Khan had chosen Saudi Arabia for his first foreign trip and requested financial assistance. It was at a time when Pakistan was in a severe economic crisis.

The loan was part of a $ 6.2 billion rescue package that Saudi Arabia gave to Pakistan in October 2018. $ 3 billion in loans and credit facilities to buy oil جزو This was an auxiliary package. The Pakistani newspaper Express Tribune quoted sources as saying that the agreement had expired two months ago and that Riyadh had not renewed it.

Islamabad has not received agreed oil shipments since last May. According to sources, China provided an additional $ 1 billion loan to Pakistan to support the consequences of a possible withdrawal from Riyadh.

In late 2019, on Heads Saudi pressure on Pakistan not to attend the OIC summit in Malaysia in December has been disputed.

6 causes of tension between Saudi Arabia and Pakistan

عطوان Referring to the news that was published in most newspapers of the Arab world last Thursday, he wrote: “This news, although small in terms of the number of words, but in Vector Political implications are a great strategic one that points to a major strategic crisis in relations between Saudi Arabia and Pakistan as the sole power of the Islamic core, which may go as far as severing bilateral ties.

Pakistan has repaid $ 1 billion of a $ 3 billion loan from Saudi Arabia, and another $ 1 billion was repaid last July, leaving only $ 1 billion of the loan, the report said. The Pakistani government received a low-interest loan in January Confederate The Chinese will pay for it to Saudi Arabia.

Referring to the nearly seventy-year history of the strategic alliance between Riyadh and Islamabad and the $ 80 billion budget deficit this year and about $ 40 billion in 2021, the Saudi analyst wrote: “Accordingly, Saudi Arabia now needs financial resources. That is why the Pakistani government has put pressure on it to repay its loans. Pakistani Prime Minister Imran Khan, meanwhile, has little interest in the Saudis.

عطوان Here are six causes of tension between Saudi Arabia and Pakistan:

First: Disputes between Saudi Arabia and Pakistan escalated after the start of the war against Yemen in March 2015, as the Islamabad government at the time refused to send troops to take part in the war and also opposed the idea of ​​forming an “Islamic NATO” alliance. Saudi Crown Prince Mohammed bin Salman called for its formation under the leadership of his country.

Second: Saudi Arabia recognizes Indian sovereignty over Kashmir, with New Delhi and Islamabad in dispute over sovereignty بسر They take. To commemorate its presidency at the G20 summit in the past 21 and 21 months, Saudi Arabia issued a Saudi 20-rial coin, which, according to a report on the new world map drawn on the back of the coin, shows no sign of The former borders of Kashmir are not visible.

Third: Pakistani Foreign Minister Seyed Mahmoud Qureshi has warned Saudi Arabia in this regard and threatened Riyadh that if Saudi Arabia raises the issue of Kashmir and its violation of its territorial integrity by India in Head The agenda of the extraordinary meeting of the Organization of Islamic Cooperation, based in Jeddah, will not be on the agenda, in which case Pakistan will join another Islamic faction, which means the Iranian-Turkish faction led by China and the Saudi opposition. In response to Islamabad’s approach, Saudi Arabia called on Pakistan to repay billions of dollars in loans.

Fourth: General Qamar Javid Bajwa The Chief of the Joint Chiefs of Staff of the Pakistan Army, due to good relations with Saudi Arabia, tried to prevent the spread of disputes between Riyadh and Islamabad and left for Riyadh for this purpose, but bin Salman, Crown Prince and Saudi Defense Minister refused to meet with him. The failure returned from Riyadh and this angered the government and Institute The military simultaneously provoked Pakistan, and both described the behavior as an unforgivable insult.

Fifth: Saudi Arabia has been shocked by the closeness in Iran-Pakistan relations since Imran Khan took over as prime minister, and Imran Khan agreed to attend the Kuala Lumpur Islamic Summit in December 2019.Mahathir Mohammad “in coordination with his Turkish counterpart” Rajab Tayyab Erdogan »calls for it to be held and Establishment An Islamic organization replaced the Organization of Islamic Cooperation.

Sixth: Saudi Arabia now feels needless towards Pakistan. Riyadh donated billions of dollars to Islamabad to bolster Pakistan’s nuclear program and the Pakistani economy as a whole, to use Pakistan’s nuclear program as a deterrent to the Axis of Resistance in the region, but after the current wave of normalization of relations The countries of the Persian Gulf with the support of the Zionist regime Confirmation Saudi Arabia, Saudi leaders seem to, Israel “They are seen as a replacement for Pakistan in the future, especially given that the resistance to the Axis of Resistance is a common link between the occupying regime in Jerusalem and Saudi Arabia.”