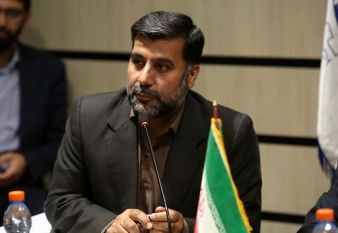 This enmity has existed since the beginning of the revolution and has continued to this day in various forms and degrees. And in no period or area of ​​the revolution can we consider the presence of the enemy and his role in damaging the revolutionary elements and forces to be empty.

In this regard, accuracy and awareness of the positions and approaches of the enemies, leads us to a conscious understanding of this issue. As long as the regime of the Islamic Republic does not give up its revolutionary positions and stand against oppression and arrogance and support the oppressed and strive to achieve the ideals of the Islamic Revolution, the enemy will not give up evil and enmity.

But in order to know the enemy, the Holy Qur’an, before instructing man to take the devil as his enemy and treat him as an enemy, first introduces the devil as an enemy with a cognitive statement, so that man is first the enemy. Know yourself and know who you are in a fight with. “The devil is my enemy, so take the enemy” (Fatir: 6) This way of expressing the Qur’an indicates that the first step in Tabari is to know the enemy.

The concept that has a special meaning and place in the discussion of hostility and confrontation with the enemy is the concept of insight. Insight means enlightenment and enlightenment. Insight is the eye of the head, insight is the eye of the heart, insight means deep understanding, which provides the ground for distinguishing right from wrong and choosing the right path from the wrong. Man with forward-looking insight, with a clearer vision and a position close to the right or converging with the right, will also move in the right direction. But the blind man makes deviations and mistakes in movement

Those who have insight know the currents well. Sometimes in society, currents are formed that have a beautiful appearance and a beautiful slogan, but inwardly there is hatred and enmity. Insightful people need to be streamlined. Recognize the battle scene, which is usually accompanied by all kinds of propaganda, rumors and psychological warfare, with their penetrating insight and neutralize the conspiracies with stability and steadfastness.

But the enmity of the enemies of the Islamic Republic is not limited to internal affairs and infiltrators, and the global arrogance, led by the criminal United States, out of desperation and helplessness, and to achieve its sinister goals and stop the Islamic Republic from committing terrorist acts.

The Islamic Republic of Iran has been subjected to all kinds of political, military, economic, scientific and cultural assassinations for more than 40 years. The purpose of these assassinations is to prevent the growth and development of independent Iran and to limit and eradicate it.

The United States and global arrogance have committed crimes whenever they saw their hand empty in the face of the Iranian nation, including the cowardly assassination of Martyr Qassem Soleimani, who is beloved by all Iranians and the oppressed, the freedom fighter of the world and other martyrs such as Martyr Fakhri. Zadeh pointed out.

The thick and infamous book of American terrorist acts and its aftermath does not end here, and the shadow of American crime is much more polluted. Drowning in the swamp of terrorism shows the weakness and despair of the United States, and these terrorist acts, as much as they are bigger, accelerate the decline and destruction of its perpetrators.