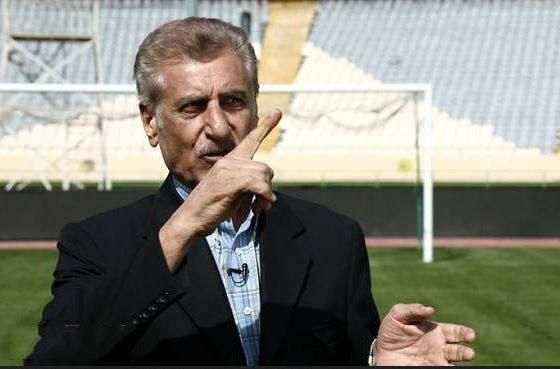 Mansour Rashidi, former goalkeeper of Esteghlal team, in a conversation with a reporter Borna News Agency Sports Group Referring to the meeting between Esteghlal and Zobahan, he said: Unfortunately, we did not see a good game of independence in the match against Zobahan. Esteghlal should not have sat on the bench in a game with a smelter in a situation where it was weak in terms of attack and creating a weak position. Ghaedi is ready and fresh these days, and when Esteghlal does not have a better forward than him, why should he put this player on the bench?

He continued: Esteghlal is very weak in terms of creating opportunities for attackers. In the game with Zobahan, we saw that Motahhari came to the midfield to catch the ball and the offensive line was not fed at all. It is really disappointing that a team like Esteghlal cannot create a danger on the opponent’s goal during 90 minutes. If that ball had not been used in the first minutes of the game, the conditions of the game would have changed and Esteghlal might not have returned from Isfahan with a single point.

Former Esteghlal goalkeeper about what is the problem of this team? He expressed: The problem of independence must be found by the technical staff. Why is this team playing so safely with all its pieces? I do not know how much the technical staff is to blame, but Esteghlal was not very good in transfers either. The players who were recruited were good players but have not yet been able to coordinate with the team. In my opinion, the problem is the tactics and movement of the team. 7 weeks have passed but the team is still not settled and the fans ask us how long do we have to wait to see a good game of Esteghlal? Fekri has a full coaching team on the bench but it seems they can not help him. As a fan, I ask Fikri why he chose so many assistants and what exactly each of them has to do, and why they do not help Fekri when the game is tied up?

Rashidi added: Independence tactics must change. This is not like a textile that can be worked with the same tactics in all games and equal to a good result. Fekri must have a plan for each game. I believe that Esteghlal needs a shock to return to its good days. An intellectual must do whatever he can and knows how to make changes.

The former goalkeeper of the national team said about Rashid Mazaheri’s performance in Esteghlal: If there were no demonstrations, the results of independence would have changed. He has 4 clean sheets in 5 games and that shows how ready he is. Mazaheri was my student and I worked with him in Omid team and I knew at that time that Rashid Glor would grow up. Esteghlal needed to have a good goalkeeper, and maybe if there was a demonstration in Esteghlal last year, this team could have won the league as well, because this team really suffered from not having a six-goal goalkeeper last year. Now the competition between Rashid and Hosseini is in their favor and independence, provided that the competition is healthy. 3/5